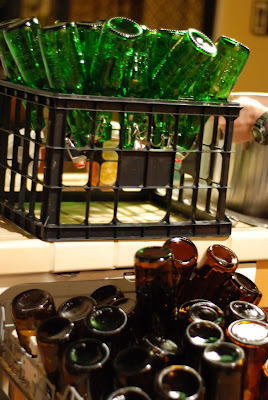 The boy has upgraded his beer operation to 5-gallon batches, which as far as I can tell, means that he washes bottles for hours on brew days. However, now his dream of drinking his own beer at home is a reality. The homebrews' alcohol content have been roughly 3%, so I've been referring to the beers as "Utah friendly." 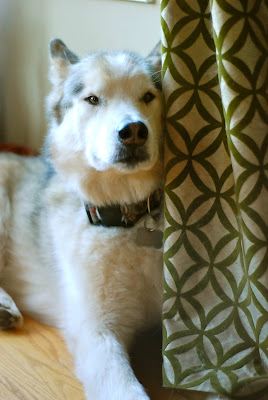 Mingus, however, is not impressed with the DIY beer. Beer has nothing to do with dogs getting walks or dogs getting food, so he just hides behind our curtain until we pay attention to him.

In a moment of insanity, I decided to walk Mingus to my bank. The walk inflated his ego since two strangers approached him and went nuts petting him. Now, whenever we pass someone we don't know, Mingus assumes that the person wants to give him pets and he veers towards them, something I am not encouraging because not everyone is ok with a wolf-like dog getting into his or her personal space. 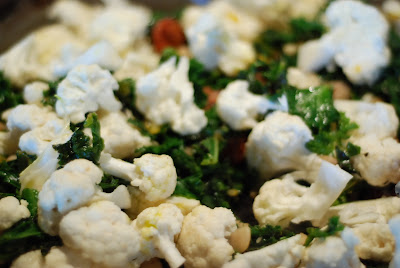 I've been experimenting with paella-ish dishes that have less rice than a traditional paella. This particular batch had 2 cups of baby lima beans, 1 head of cauliflower, and 1 bunch of kale. I only added 1/2 cup of raw rice to the dish and only 2 chorizo sausages. It turned out just as delicious as a rice dependent paella, and it didn't make me want to take a nap after dinner. The key to getting all the rice to cook is putting a lid on it for the first 20 minutes. 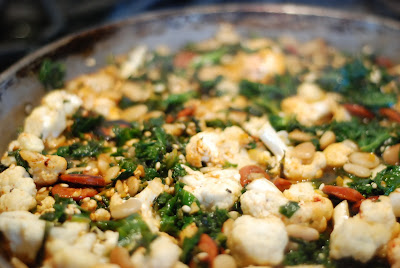 Fifty-Fifty is still lapping up the sun spots around the house. 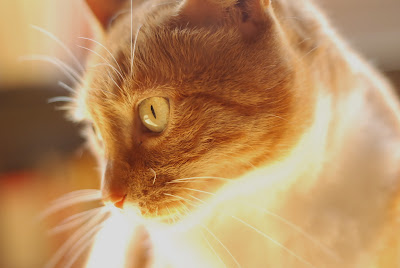 And Vespa, ever vigilant, keeps her eyes on Fifty. 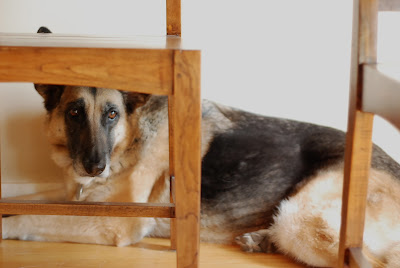 Some things will never change.
Plucked from wildtomato at 5/01/2012 4 comments: Links to this post