The Point Isabel Cowl is a luxurious cowl that can be dressed up, dressed down, and worn by everyone. It is a must-have accessory for both women and men! 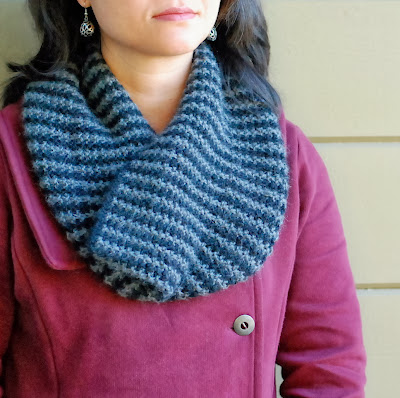 Although the resulting cowl looks intricate, this pattern is easy to memorize and great for working on while at the beach or while watching a movie.

This pattern includes a tutorial for the sewn bind off. 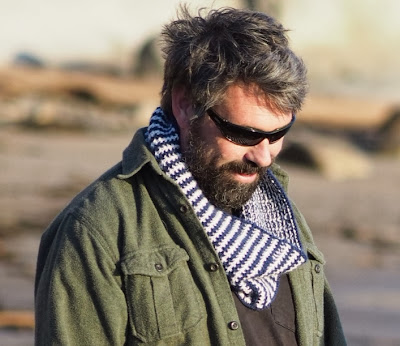 Thanks to my awesome pattern testers and the Ravelry Free Pattern Testers group all your help! If you are a Bay Area peep, you can see a sample cowl at The Yarn Boutique.
Plucked from wildtomato at 12/22/2013 No comments: Links to this post

Bucket of Chicken and Orange Foods 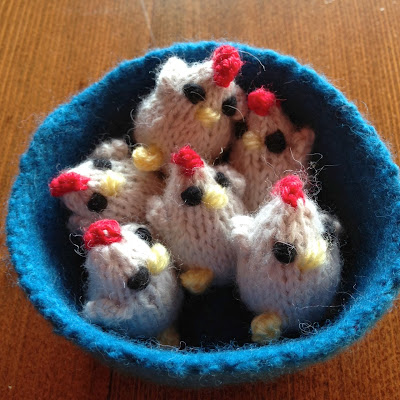 In my quest to use every last scrap of yarn in my stash, I made these tiny chickens for my knitter friends. The free pattern is from Mochimochi Land, and you can find it here. Yes, they were a random gift, but who doesn't love chickens? Most of them are gone now, and my only regret is that I can't take any more cute pictures of the brood together. 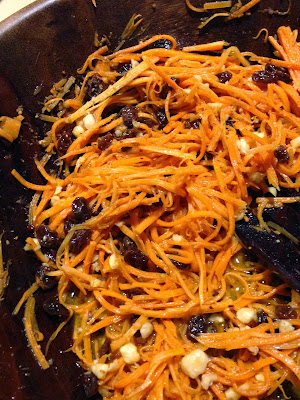 In that same spirit of "use what you got," we've been eating a lot of orange foods. I have a backlog of carrots and winter squashes from my CSA, so the carrots have morphed into a French carrot salad with raisins and toasted nuts, and some of the roasted winter squash pulp (this time I used honey nut squash, a sweeter cousin of butternut squash) was transformed into an easy flan with toasted hazelnuts and Gorgonzola. Both recipes were based on ones in Dorrie Greenspan's book "Around My French Table," the first cookbook I've been compelled to buy in ages. I first checked it out from the library, and after renewing it as many times as I could, I was convinced that it would be a worthy addition to my cookbook collection. 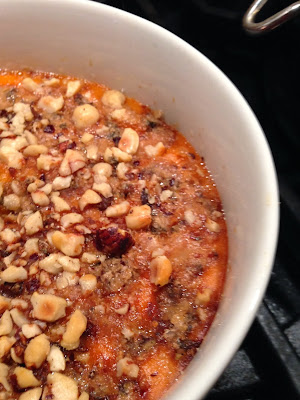 Mingus has found another buddy, or is it the other way around? I was startled out of my daydreaming when I saw a flash of GSD butt run past my kitchen door. When I walked outside, I found a husky-GSD mix dog as friendly as can be walking around the front of my house. It turns out that she belongs to a neighbor's friend, and that she had been visiting with Mingus for some time. Mingus often sits on our front deck, and these two have been in love with each other for a few months. I invited her to our backyard, and these two ran around the yard for two hours before they had to part. 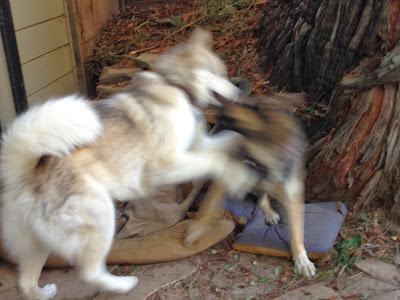 I don't think either one of them wanted to be apart, though, since I found her sitting outside my front door after the playdate was over. Then, she walked over to the kitchen door and stared at us. If it weren't for the wrath of our cats, I would have let her inside, but Greaseball and Fifty would never forgive me. 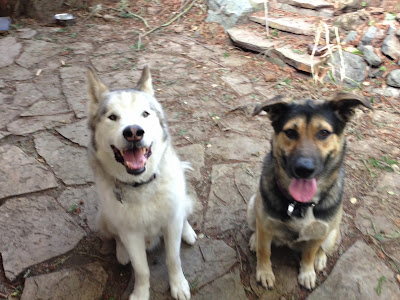 She's a goofy dog who has an unfortunate name (she is named after a sexy female character). I can't even type the name without feeling gross, and I've been trying to think up reason why someone would willingly name her that. One friend suggests that her owner wants to say, "I sleep with ***!" Ew, ew, ew!
Plucked from wildtomato at 12/22/2013 4 comments: Links to this post


The time from Thanksgiving until New Year's is always a blur. Traveling to fulfill familial obligations, holiday prep and festivities, and work combine with shorter days and colder weather. This, in turn, makes the passing weeks speed by and I'm always left wondering how it got to be the middle of December when just yesterday it was August.


Fifty-Fifty and I have been fighting over who gets to sleep on the hearth. Yes, it's stone. Yes, it's dangerously close to the glass window that is so hot my bare skin will stick to it and sizzle off. However, it's the warmest place in the house and that little kitty and I can sit there most of the day (and we still are too cold). Maybe we are both part snake.

Last weekend was the 24 Hours of LeMons race at Sears Point, and because I'm part snake and because a company holiday party with an open bar was the evening before, I was miserably cold and underdressed for the event. Mingus, however, loves this day and he looks forward to it all year long. He's told over and over again that he is a beautiful dog (*rolls eyes*), and he gets to shake his pom pom and lure suckers over to him. Once a sucker is near, he leans on them and leaves a metric ton of white fur on their black pants. He's an asshole like that.

I have so much crafting going on, but none if it is sharable just yet. My newest pattern (a cowl!) should be ready to release next week, and I'm busy knitting my 3rd one for a LYS sample. I also have some adorable knitted things that I really want to show you all, but it has to wait until after they are gifted.

Speaking of gifts, for any of you local Bay Area peeps, The Crucible's art sale is this weekend! It's the only holiday craft fair I attend, and I usually finish off my Christmas shopping there. Can't wait!
Plucked from wildtomato at 12/12/2013 2 comments: Links to this post