Thosai and Dal and Folding 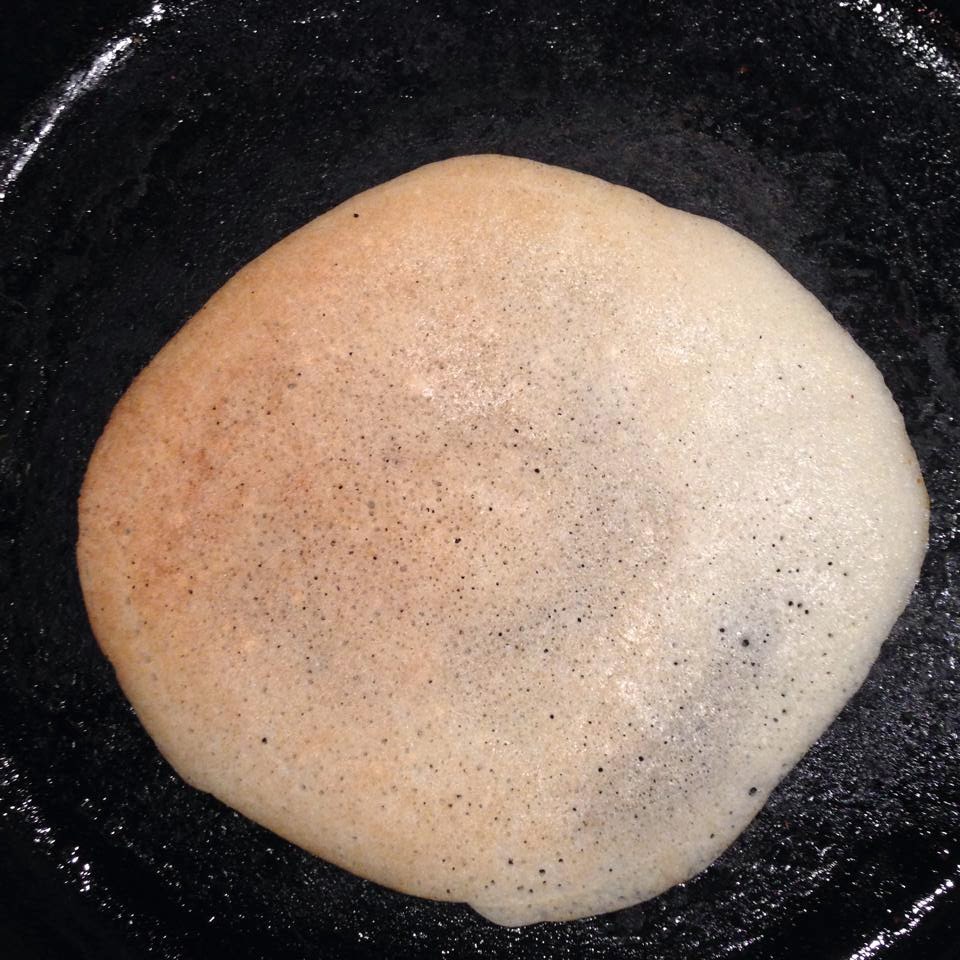 I have finally made thosai (dosa) batter with the right amount of tang. What did it take? A trip to Vik's Distributors for skinless urad dal and short-grain parboiled rice and one foldable proofer. Realizing that the thing holding me back the most from thosai nirvana was the temperature of my kitchen, which is about 30 degrees cooler than a Sri Lankan kitchen, I broke down and bought the foldable proofer I've had my eye on for over a year.

Why didn't I buy this proofer ages ago?  It can be used for bread, kombucha, yogurt, and anything else that needs a higher temperature than what my cold kitchen can provide.

For some reason, until I saw how thosais are made, it didn't click with me that they were a fermented food product. It makes sense, since the goods ones do have a slightly sour tang like the best breads, but I never thought about it. Fermentation helps to make my favorite foods and drinks. 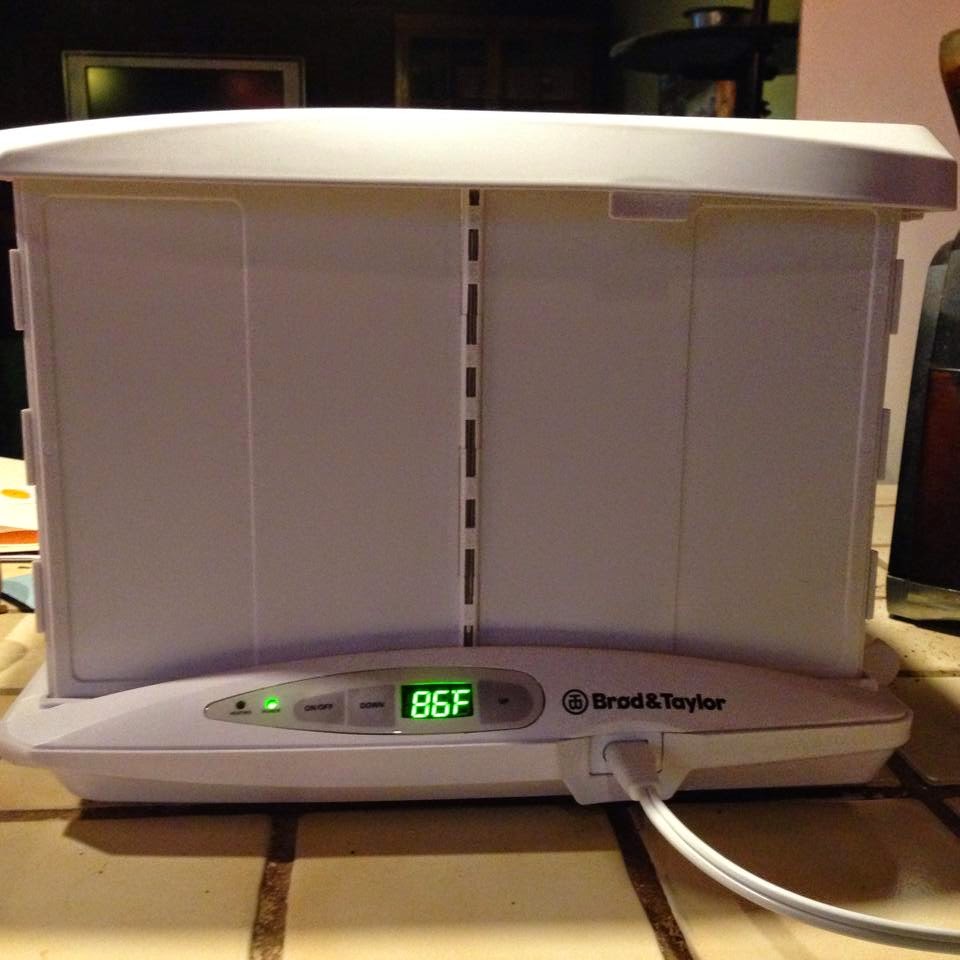 What I didn't need was a nonstick skillet. My cast iron skillet does the job just fine, and the more I use it, the more nonstick it becomes. Since I've been subjecting the boy to daily thosai and dal, the cast iron skillet is working out great. Nonstick skillets skeeve me out since I'm sure using one will result in my cat and dogs dropping dead from the fumes. I know there are so-called environmentally friendly nonstick coatings out there, but I don't believe it! 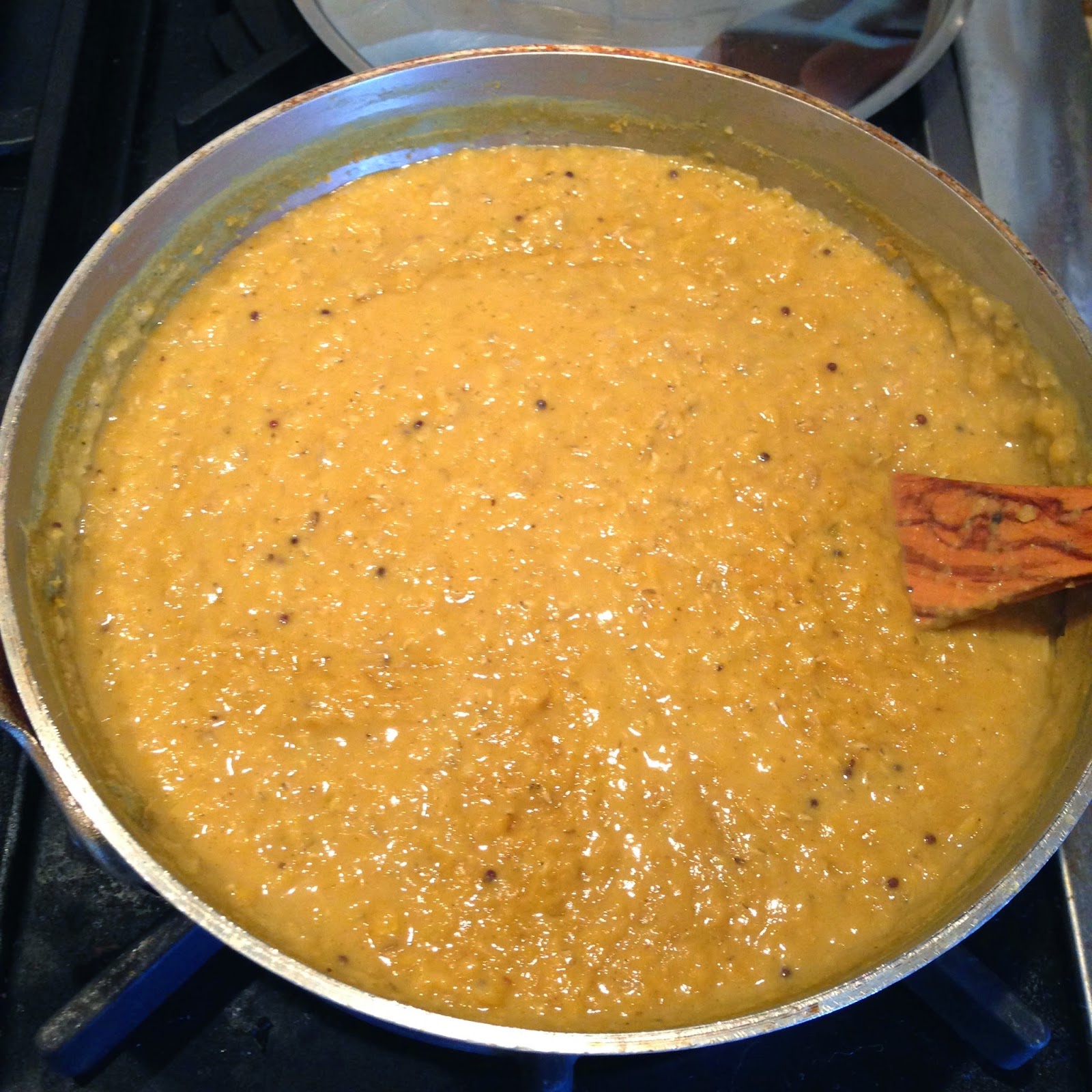 Although he won't come out and say it, I think the boy is sick of eating thosai and dal. Heck, I'm getting sick of eating thosai and dal, but I am still crazy about making it. My new goal, now that I have the flavor right for the thosai, is to make it paper thin. That has been much, much trickier, but luckily the dogs are happy to eat the thicker thosai frisbees. I know that I've been feeding them too much thosai scraps because as soon as they see me heating up the cast iron skillet, they come running and they don't leave my side until the last of the batter is used up. 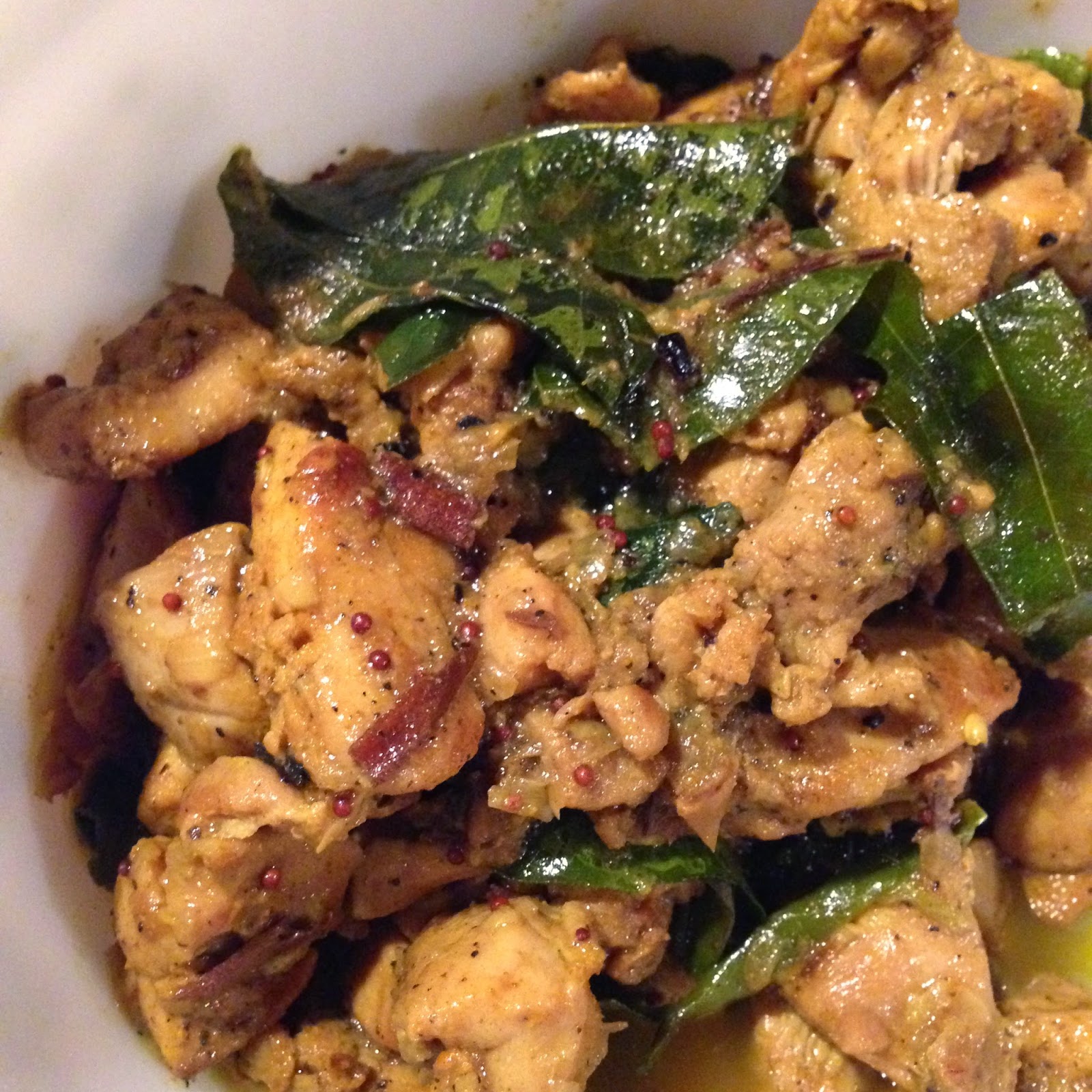 Another impediment to my Sri Lankan cooking attempts, besides the cold kitchen issue which is now solved, is that I don't have a source of young curry leaves. The curry leaves I bought from Vik's were older and not nearly as fragrant as the ones in Sri Lanka. If anyone has had any luck growing curry trees in the Bay Area, please let me know! I know that I can buy the trees locally, but will they produce in my foggy neck of the woods? 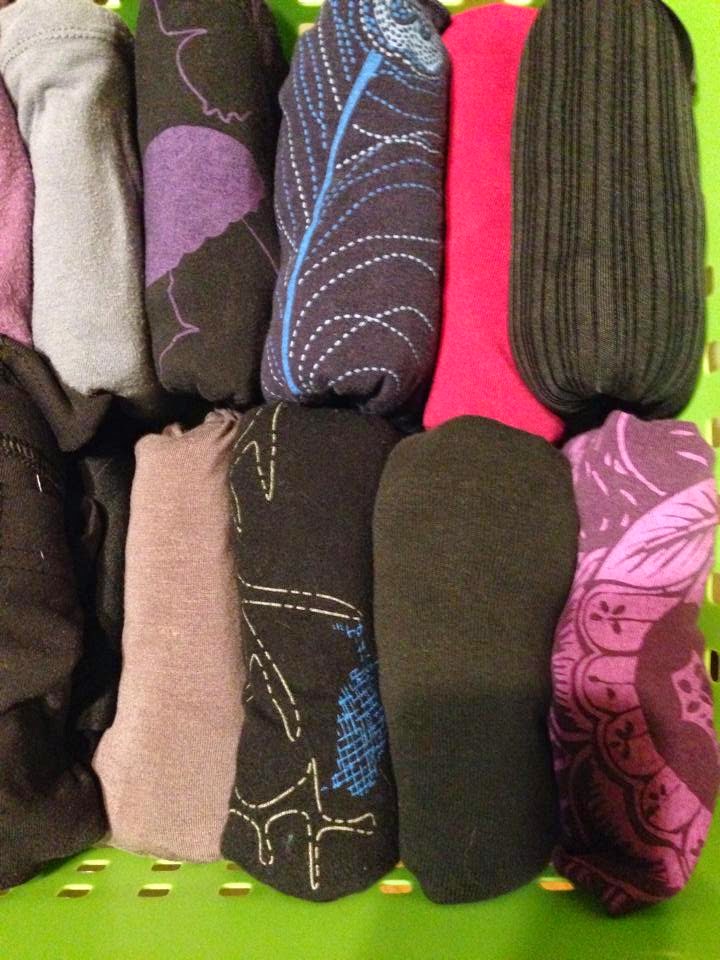 Thanks to a David Lebovitz post, I started reading The Life-Changing Magic of Tidying Up, a book on how to declutter your environment. My takeaway from the book is that I have been purging all my clothes and then refolding my shirts and pants so they face out like book bindings. This way, not only do I have much more room in my drawers, but I can pull out one shirt and not worry about a stack of shirts tipping over. I started going through all the boy's clothes and refolding them, much to his annoyance, but he does admit that it's easier to see what you own when you can see everything all lined up.

My other takeaway from the book is that OCD is a serious issue. I would hate to be the author because, let's face it, most of us are slobs. How can she go anywhere and face the chaos without breaking out in hives?
Plucked from wildtomato at 12/20/2014 2 comments: Links to this post

Cats and Dogs and Monkeys and an Elephant


The worst part about traveling is that I miss my pets something fierce. Luckily, my cousin was keeping all of my beasts company, and he would periodically text me that everything was ok and they were having a ball without me.


The hard part about traveling to countries like Sri Lanka is being seeing so many stray dogs and cats in need of medical attention. Still, we did see many happy animals, and some of them were even cherished household pets.


I was on the lookout for the Sri Lankan version of Sesame, Mingus, and Greaseball. Thankfully, we didn't see any malamutes there. I think a malamute would die of heat stroke in Sri Lanka. We did spot a few GSDs and some GSD mixes, but not a lot.


In the city of Negombo, there is a spay and neuter clinic called The Hope Foundation. We stumbled into Lords restaurant (great food!), whose owners also run the clinic, and were handed brochures with their mission statement and the work they had done thus far to take care of the local animals. Negombo did have the nicest animals - at least by that restaurant. They looked well fed and clean.

It's not like we don't have cats and dogs at home. You'd think by the amount of pictures dedicated to cats and dogs that I took during our trip that they were as exotic to me as elephants and monkeys.

This reminds me of the Australians (you know who you are!) being enchanted by chipmunks and squirrels in Sri Lanka. As I sit here typing, a squirrel is going past the telephone wires outside our house. They are no big deal to us! I consider them pests because they drop half-eaten apples on my dogs from at least 20-feet up in the trees.

Even when we ascended many stairs, there would be a dog or cat waiting at the top. They just hang out and enjoy the view.

Many of the templed also had monkeys who raided the garbage cans and the ate the offerings.

Fried bats were a disturbing sight along power lines. Poor, poor bats. The live bats gave me the creeps, but this is probably because they were larger than my cat. I was assured that they only ate fruit, but kept my distance and would involuntarily duck if one flew overhead.


We did see one elephant in the wild in the Yala National Park. It made the post-park diesel headaches and the early morning trip worth it. This is the only elephant I've even seen that didn't have a chain around his foot or neck, and from what I could tell, he was relaxed.

On a totally different subject, I have a proofer box coming in a day! I'm hoping that my sad attempt at dosas can be remedied with this box, and I'm looking forward to better kombuchas and sourdough breads.
Plucked from wildtomato at 12/07/2014 2 comments: Links to this post

The most memorable part of my Sri Lankan vacation was cooking and eating in peoples' homes. Seeing how people operate in their kitchen was fascinating, especially when the kitchens were tiny. Mise en place is a given to keep everything neat and orderly. Watching more than one person cook in the kitchens (excluding us tourists) was fascinating because you could see how they flowed together - no bumping into each other, and oftentimes someone would know what to do without being told.

For many of the family kitchens, smoke was the elusive ingredient that will be hard for me to recreate at home. Smoke permeated the curries and even some of the sweets, like the coconut treacle, since so many dishes were cooked in clay pots over wood fires.


Since I had only had Sri Lankan food once prior to visiting the country, I thought the food would be like South Indian food, and some of it was, but there were differences that stood out: no basmati rice, no ghee (rarely any dairy used), red rice flour, string hoppers, coconut symbol, and coconut oil and milk for everything. Maybe these are all in Indian cuisine as well and I don't know enough about it to say one way or another.


We've been trying to cook many of the foods we enjoyed in Sri Lanka, like the dal, pepper chicken, dosas (thoasai in Sinhalese), fried cookies, and curries. Although I really want to eat something else, I have a "use it or lose it" mentality, so we'll be eating at least a few Sri Lankan meals a week until we can nail some of the dishes we want to recreate.


The dosas have proven to be the hardest to make, but I had minor success with them two nights ago. Part of the problem is that it's too cold in our kitchen to get a rapid ferment, but I have a bread proofing box on its way to save the day (or dosas, if you will).


The closest Sri Lankan restaurant to me is 30-miles away, in a sleepy suburban town. I do want to check it out, and I shouldn't complain about the distance since it's in the same time zone as me. However, since the two of us are still cooking the food and we're armed with 3 new cookbooks we bought in Colombo, it will probably be awhile.
Plucked from wildtomato at 12/04/2014 No comments: Links to this post