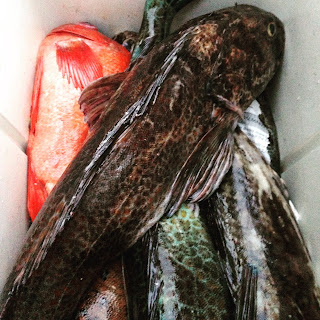 Once a week, the boy has been kayak fishing. For the most part, he isn't catching that many fish and we can eat what he catches within the span of a few weeks. Recently, however, he brought back a ridiculous haul of rockfish and ling cod from Half Moon Bay. It was time to learn some different ways to preserve fish. 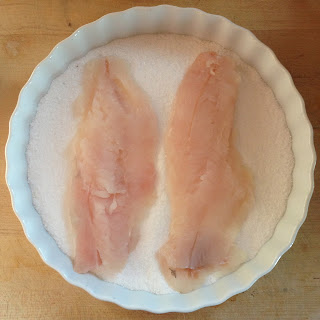 My first experiment was salted rockfish, fashioned after Spanish bacalao. I layered a couple of fillets with salt, and then let them rest in the refrigerator for 48 hours. 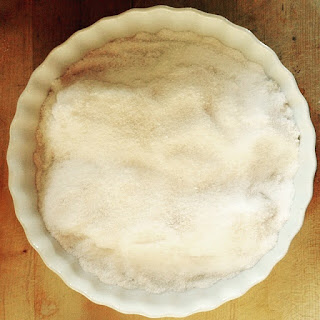 After a brief rinse, I dehydrated them at 145°F for 10 hours, at which point they were leathery. For now, I'm storing them in the freezer in a plastic bag, but I have a stainless steel airtight box on order that will hopefully be a plastic-free solution to storing the dried fish. 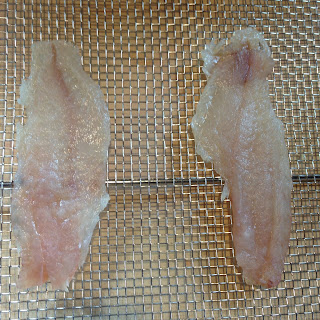 I have yet to cook with the salted rockfish, but I'll report back when I do. Hopefully, my NorCal bacalao will turn out delicious. 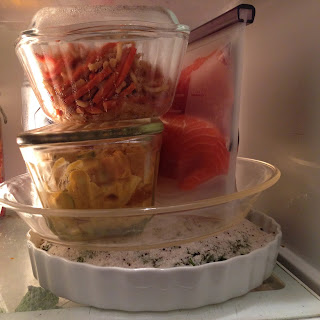 The second fish experiment was cured salmon. The boy's kayak fishing partner caught a 10-lbs king salmon off of Bodega Bay, and he was kind enough to share the fillets. We ate some right away with herb butter, and I chose one filet to cure with salt, sugar, peppercorns, parsley, and dill. I had to weigh the salmon down to press out the excess liquid. 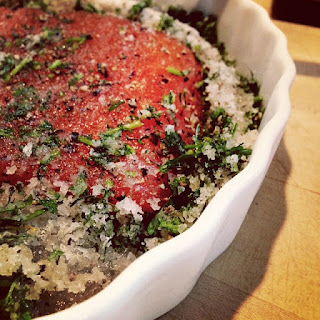 It's good! I have a huge chunk of salmon to cook with or to enjoy as is - such a luxury. Usually, I don't even buy cured salmon because the local, wild-caught stuff is expensive (I spied it at $24/lbs at Whole Foods), so it's going to be fun figuring out different ways to use this. If you have a favorite recipe with cured salmon, please let me know! 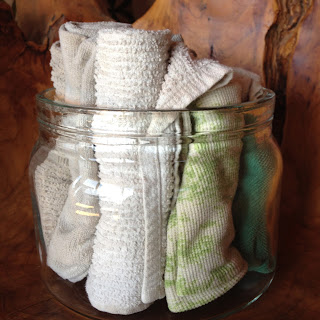 Since we ran out of paper towels, I decided to put together a jar of rags that we can use in place of paper towels in an attempt to waste less. So far, this has been an easy transition with minimal complaining from the other occupant of this place, but nothing really disgusting has gone down yet (no puking animals). I have a feeling the second that one of us has to deal with something gross, we may cave and the paper towels will reside on the counter once again. But, for now, this works and is minimal effort.