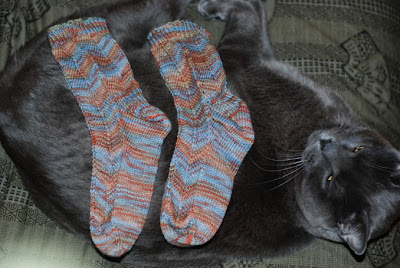 I actually think Greaseball prefers modeling hats over socks. He's mostly pissed off that I used the flash, thus waking him up from another nap. Oh well, he's got to earn his kibble somehow.

The sock yarn is from A Verb for Keeping Warm in the colorway Wonderboy. The pattern is (yet another) Jaywalker (Rav link). I'm not one for WIPs, but this was started in May! Tonight, in an effort to procrastinate finishing the boy's sweater (I only have to knit the collar), I finished up this sock. Funny how it works out that way.
Plucked from wildtomato at 11/29/2010 2 comments: Links to this post

So Much Sweater Potential 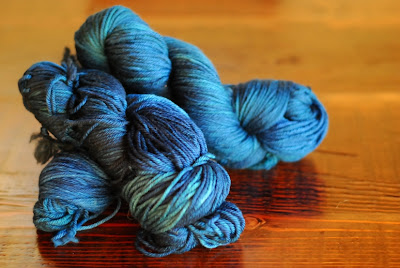 I'm the proud owner of 6 skeins of Malabrigo Rios in the Azul Profundo colorway.Malabrigo's colorways are compelling, but Malabrigo worsted is a single ply, and I like hard wearing yarns that don't pill when you look at them funny. When I read that there was a superwash, plied Malabrigo yarn coming out, I had to have some.

I know that I want to make a cardigan, but beyond that, I'm stumped. Yoked or raglan? Buttons or zipper? Ruffles or ribbing? Cables or plain stockinette? Long or cropped? I have a bad case of analysis paralysis.

Potential cardigans are (Ravelry links):
At different times of the day, different cardigans call to me. I'm even thinking about just making a simple top-down cardigan with a boatneck. Maybe I'll learn how to steek, too, since I'm much faster when I knit in the round.
Plucked from wildtomato at 11/29/2010 5 comments: Links to this post 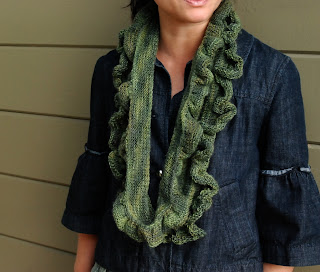 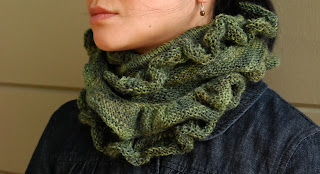 These are pictures of the pattern I hope to offer up for sale on Ravelry soon! It's ruched and ruffled infinity scarf made out of 420 yards of sock yarn.

I don't know about you, but my sock yarn stash mocks me! Sock yarn is so tempting at the LYS, yet for me, within steps of leaving the store it's pull on me diminishes when I realize I don't have a clue what I'm going to do with my new skein. Those of you who can roll with it have my utmost admiration. As for me, I get anxious when I have yarn just sitting around - so much potential FOs! So, sock yarn was on my mind when I was browsing all those infinity scarves in the stores. My fingers itched. I had to make one.


This scarf is in the test knit phase right now, which is just thrilling! Expect to see it for sale in January 2011!
Plucked from wildtomato at 11/21/2010 3 comments: Links to this post 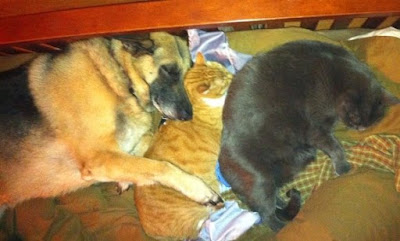 The boy was hoarding these pictures of the pets on his phone. The quality isn't great, but they're just so sweet! I love how Vespa puts her paw on Fifty, and I love how there seems to be an animal sleep train going on. I don't love how they are on our bed, but I suppose if I saw them hugging and spooning, I'd snap a photo instead of snapping at them to get off the bed. 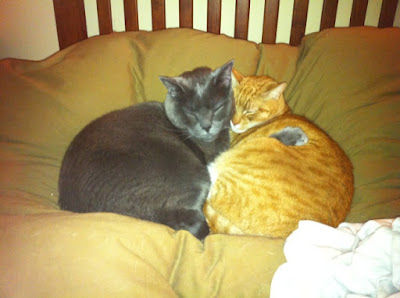 Knitting is happening fast and furiously in these parts. I'm almost done with an infinity scarf that I designed, and I'm hoping to get it test knit and up for sale on Ravelry! The boy's sweater is almost complete as well, and hopefully he'll be able to wear it on Thanksgiving.
Plucked from wildtomato at 11/19/2010 4 comments: Links to this post 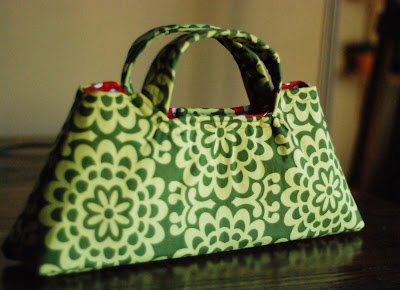 A most excellent purse made by the boy as a present to me. It's the Madison Bag, an Amy Butler pattern that I had bought eons ago when I thought I would learn to sew. The boy thought this would be a great project for me, but as evidenced by the amount of time it has sat in our project bin, it wasn't meant to be my project anytime soon. 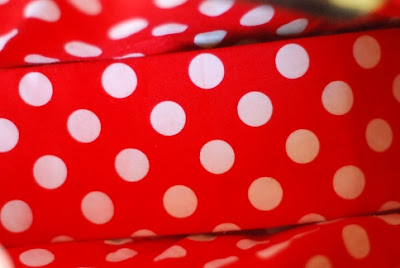 The red with white polka dot interior makes it even more quirky and fun. I'm going to be using this bag a lot!
Plucked from wildtomato at 11/15/2010 2 comments: Links to this post

Email ThisBlogThis!Share to TwitterShare to FacebookShare to Pinterest
Labels: sewing 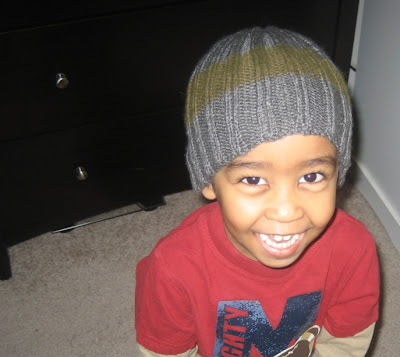 The annoying thing about kids is that they persist on growing, leaving a debris of lovingly hand knit goods behind. The cutest baby in the world has turned into the cutest toddler in the world, and this toddler needed a new hat since the last one I knit him doesn't even cover his ears anymore. 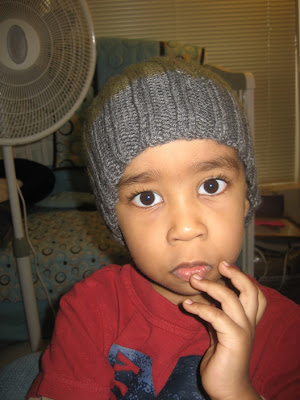 It must be really cold where he lives if he needs a hat right now. In my neck of the woods, the high is supposed to be 75°F on this November day. 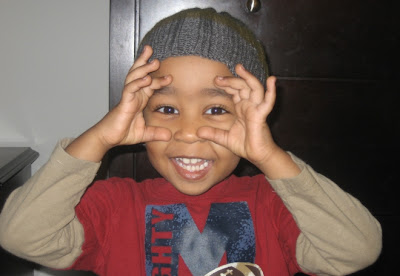 The pattern is The Boyfriend Hat by Stephanie Nicole. It's a simple, ribbed hat that has very symmetrical decreases at the crown. To make this hat kid sized, I cast on 90 stitches instead of the prescribed 100. I also knit the hat for 7 inches before doing the decrease rounds because I wanted his ears to be covered. The yarn is some RYC Cashsoft DK I had in my stash. Ahhh, gotta love using up the stash!

I thought this kid would be swimming in this hat because I made it much bigger than I thought was prudent, but as you can see, this is only going to last a season. Hopefully, he'll be back in the land of mild winters next fall, though, so no hat will be necessary (but I'll still figure out a way to make him more knitted goods).
Plucked from wildtomato at 11/04/2010 2 comments: Links to this post