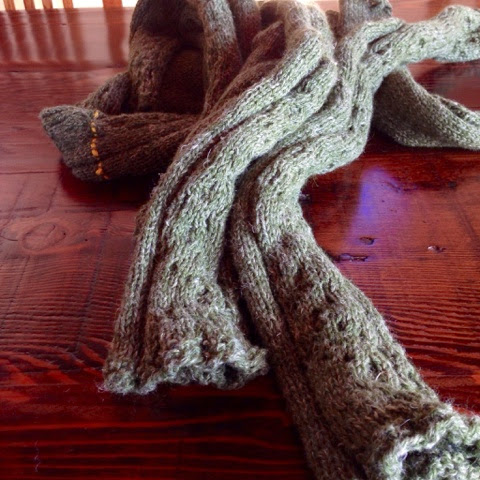 I can almost feel this sweater on me, but I still need to seam it together, add the zipper, and knit the hood. So, I'm not very close to wearing this in Mendocino, but I'm much closer than when I started Granville on Christmas 2013. Usually, I blaze through clothing I make for myself, but the arrival of Sesame and a slew of other early 2014 happenings made my knitting take a backseat. Just in time for… Summer?
Plucked from wildtomato at 6/26/2014 No comments: Links to this post

Email ThisBlogThis!Share to TwitterShare to FacebookShare to Pinterest
Labels: knitting

When you live in an area that's not too hot and not too cold, it's easy to be blasé about summer. However, it's still my favorite season of the year because waking up in the light and coming home with at least an hour of sunlight left makes it feel like I can do anything! Garden? Sure! Walk or slowly jog? Sure! Play ball with Sesame? Sure! Make a cocktail and sit on the deck? Always!

Sesame has gone through 3 months of training classes now, so two diplomas are on the refrigerator: one for basic obedience, and another one for intermediate obedience. This dog loves to train, which is good because it keeps the pressure on me to find fun classes for us to share.  Next up will either be Rally-O or an off-leash beginning course. She has come a long way from the fearful, stressed dog she was in January, but she still has a ways to go to become the dog I know she can be. 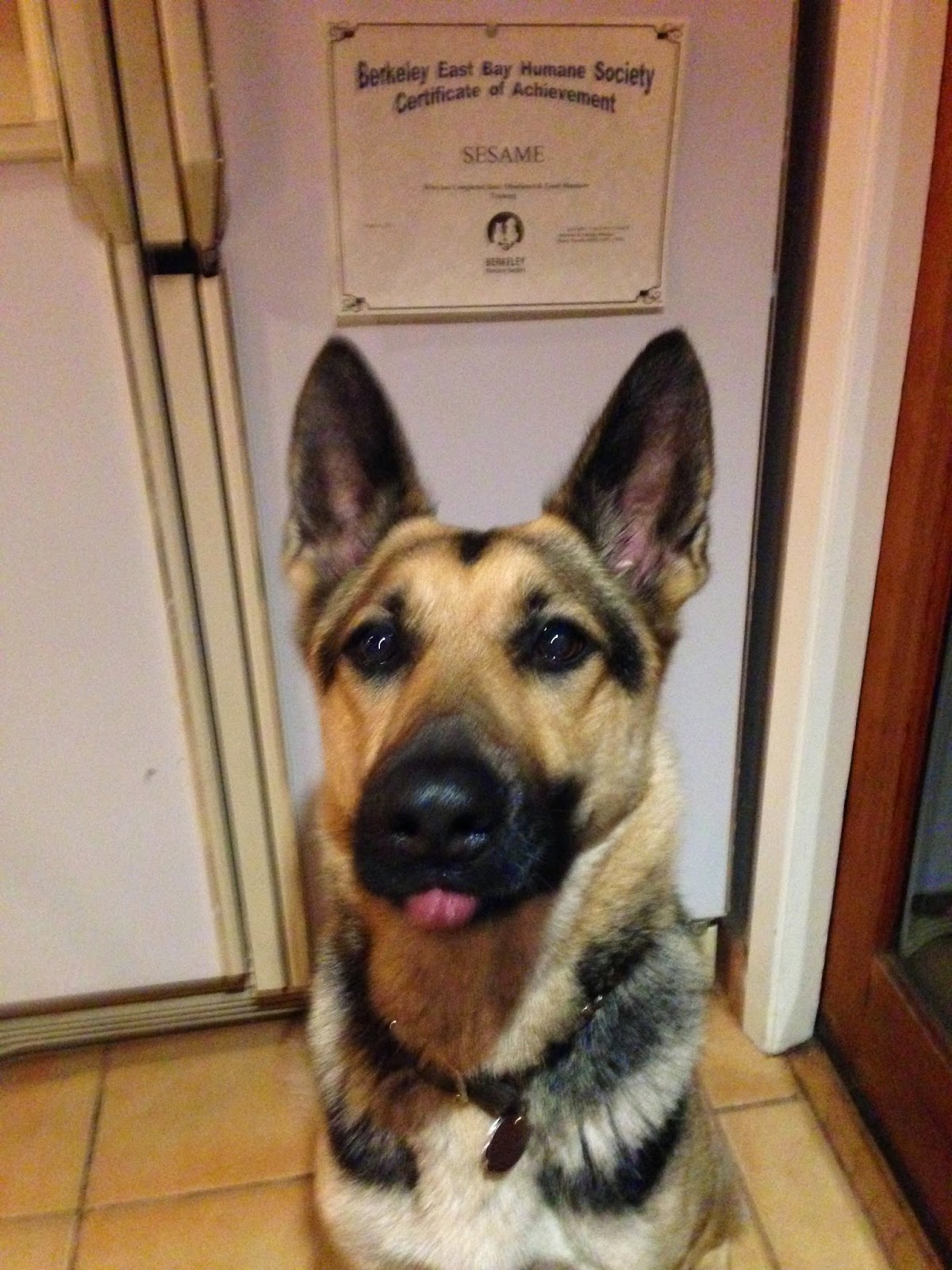 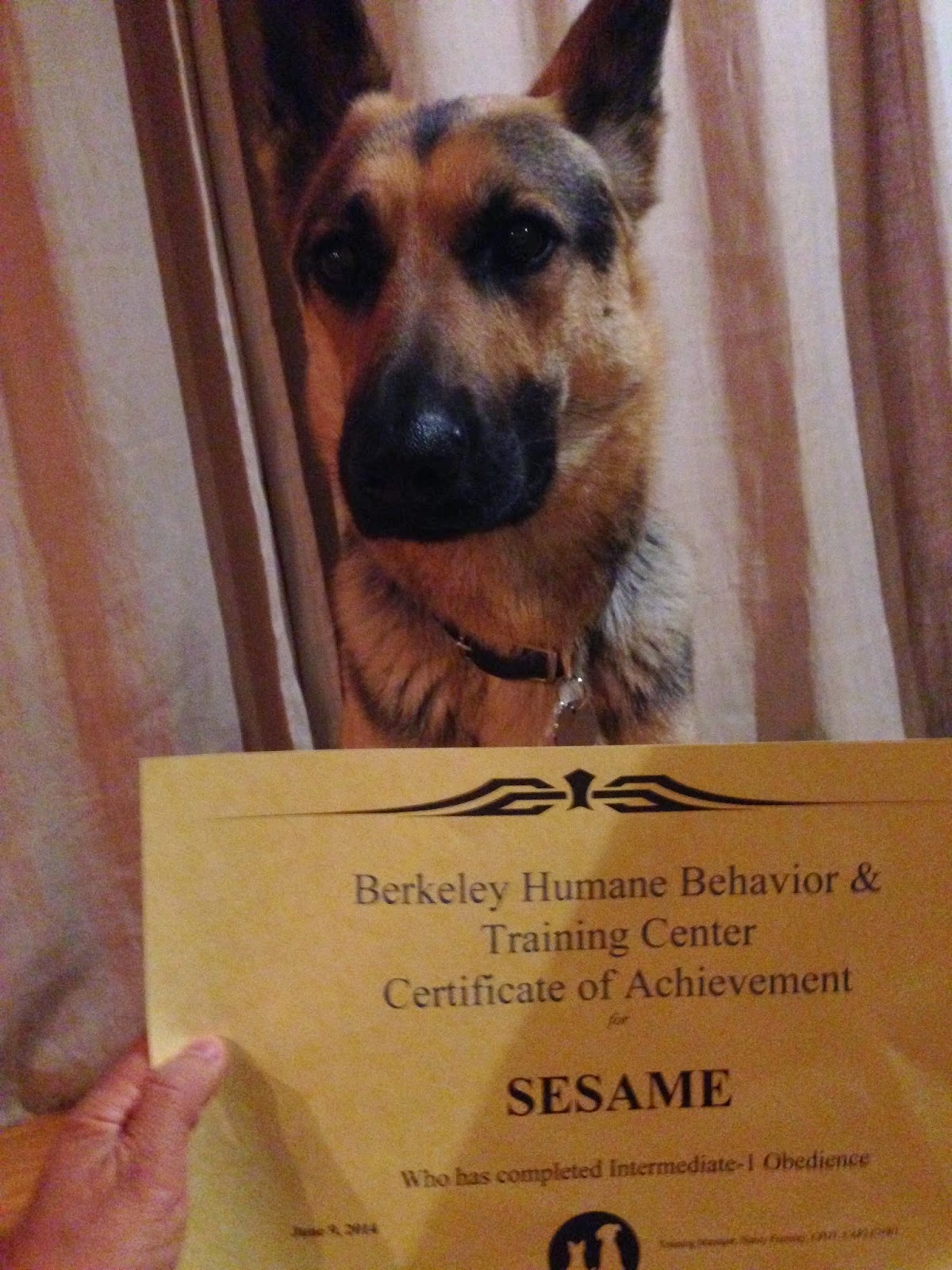 She is such a smarty pants! While out on a walk, we came across a water fountain. After she watched me take a drink, she copied me.  Maybe she knew this from her previous life? 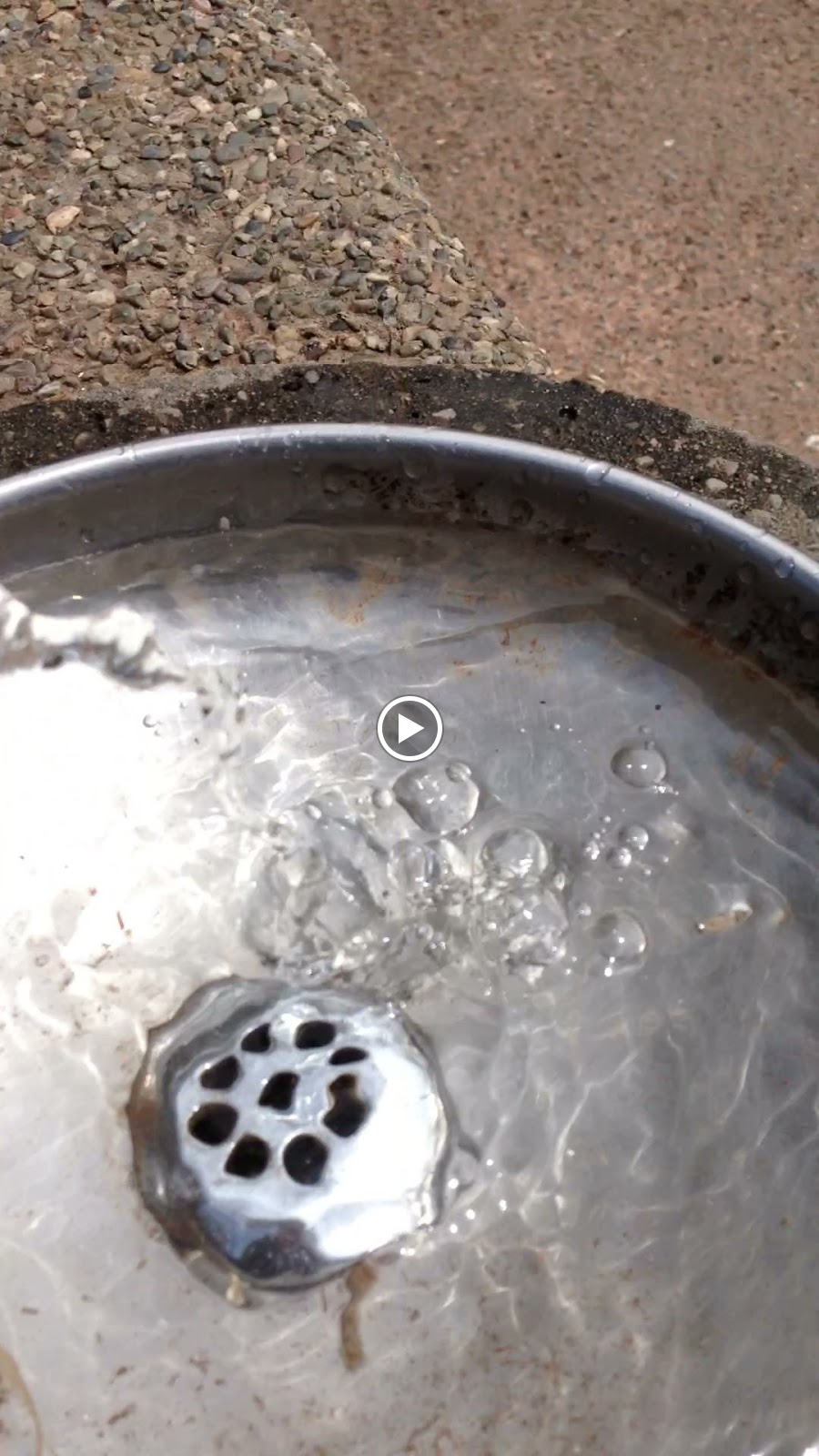 Because so much of this year has been Sesame-focused, we are making sure that Mingus doesn't feel left out.
Again, he was the mascot for the Balto race car, and he soaked up all the attention. He also came with us to Pints for Paws, a beer tasting event where dogs were not only included, but part of the event's allure. Mingus has such an awesome temperament: dogs are sniffing him, people are hugging him, and he has that dopey grin on his face the entire time. 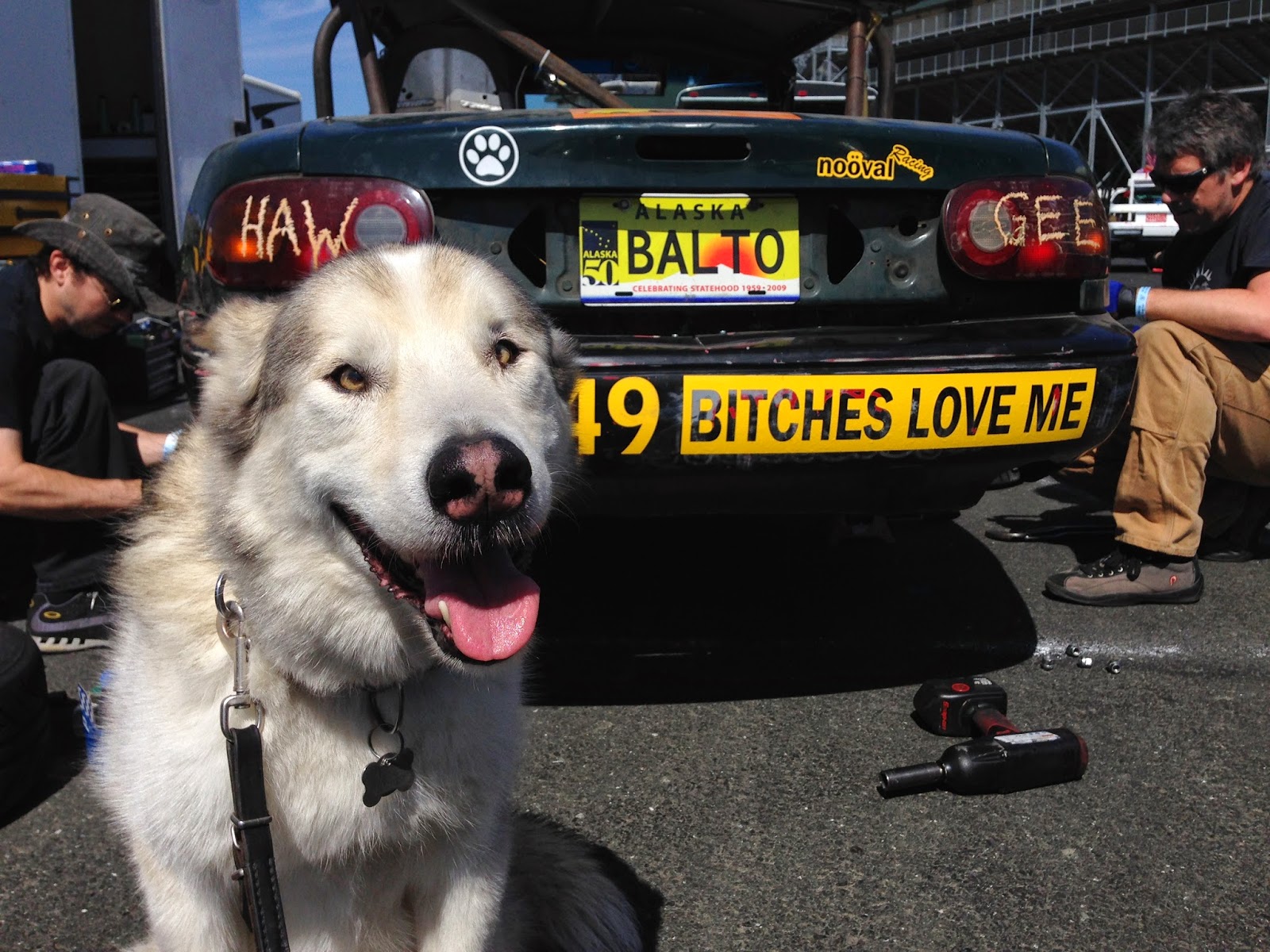 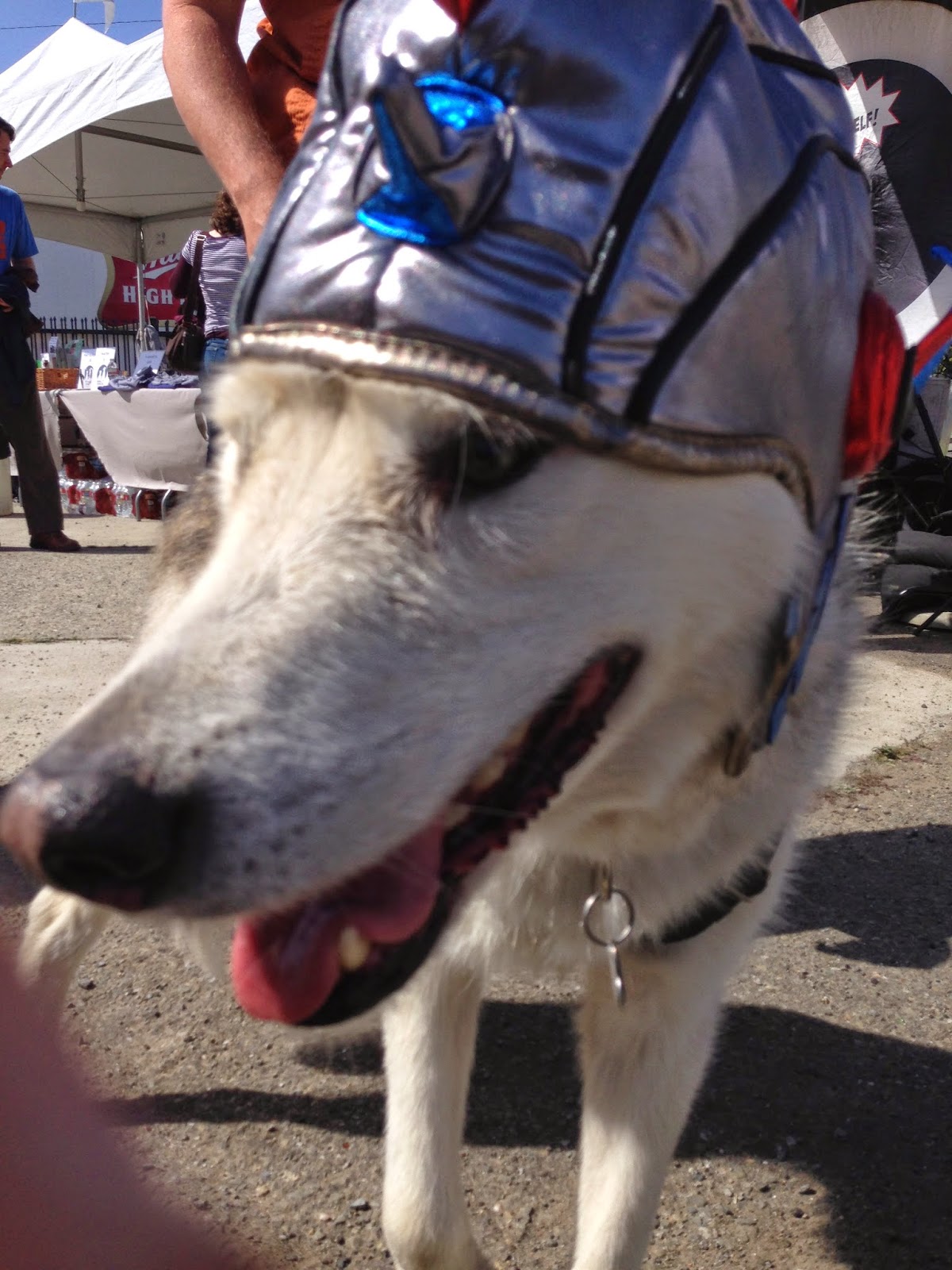 The food experiments commenced after we had Sesame for a few months. My new favorite toy is a pasta extruder, although I need to work on the fusilli form factor.  Although the pictured pasta dish was delicious, it looked like a dish Martha Stewart would feature on her twitter feed. 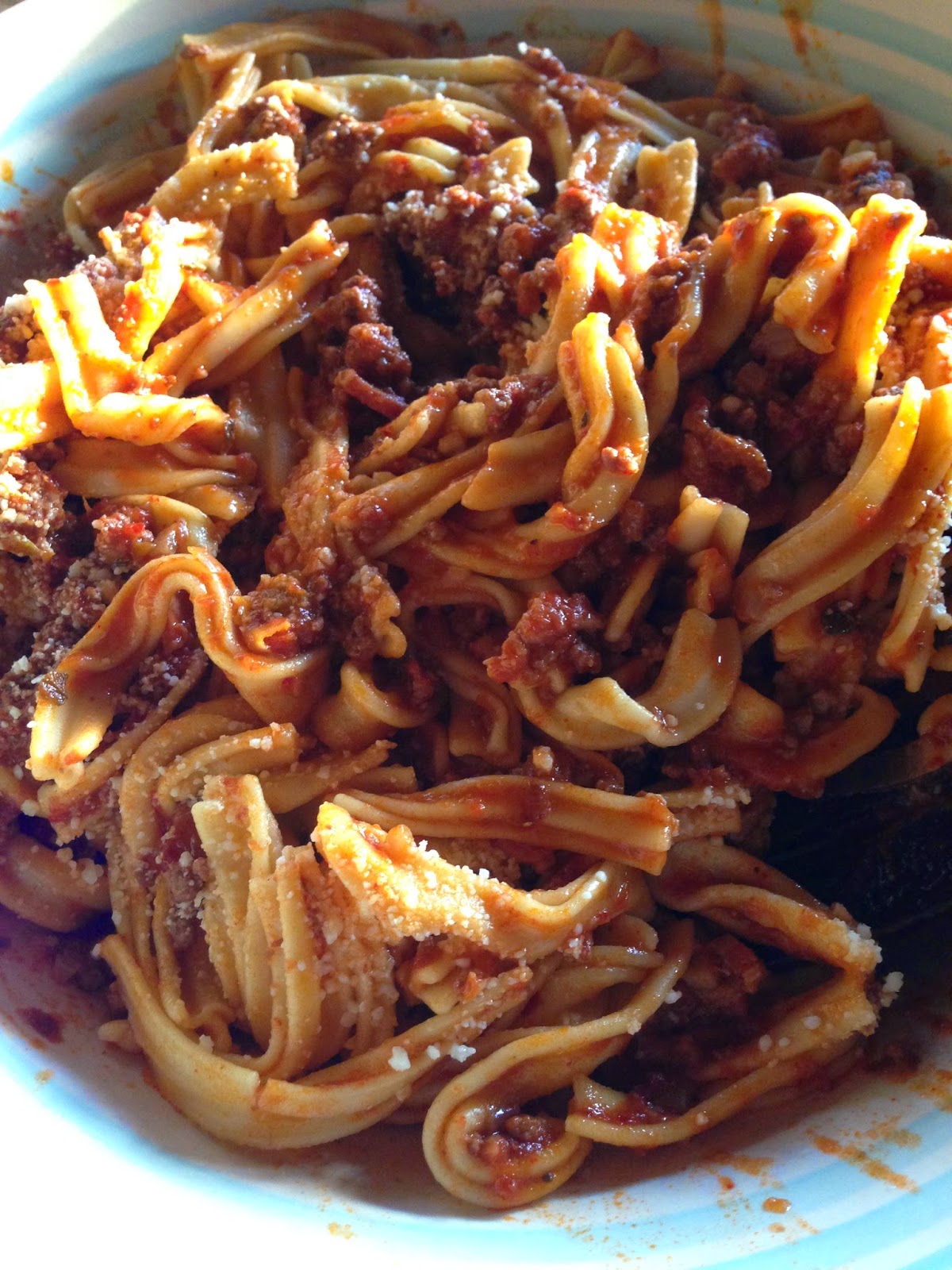 Less time has also translated into many dinners out, and one of my new hangouts is Dumpling Express in Berkeley. I wouldn't rate them as the best dumplings ever, but I do appreciate that they are made to order. Their xiao long baos and their shrimp garlic chive dumplings are my favorites. There are also a number of rice plates and noodle plates here, but I only go for the dumplings. 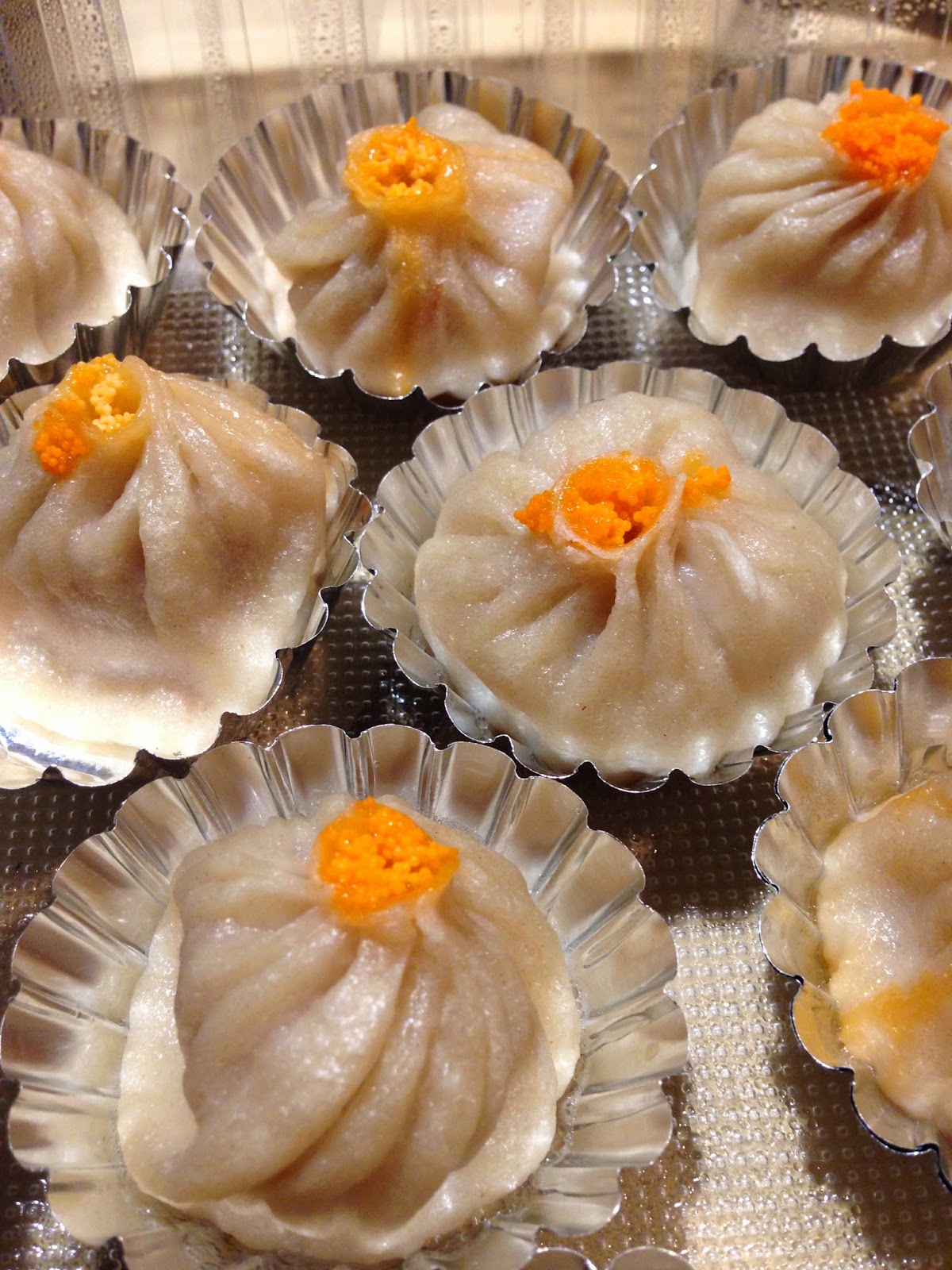 Currently in the fermentors, we have two different types of plum wines, sauerkraut, two types of beer, kombucha, and some soured beets. 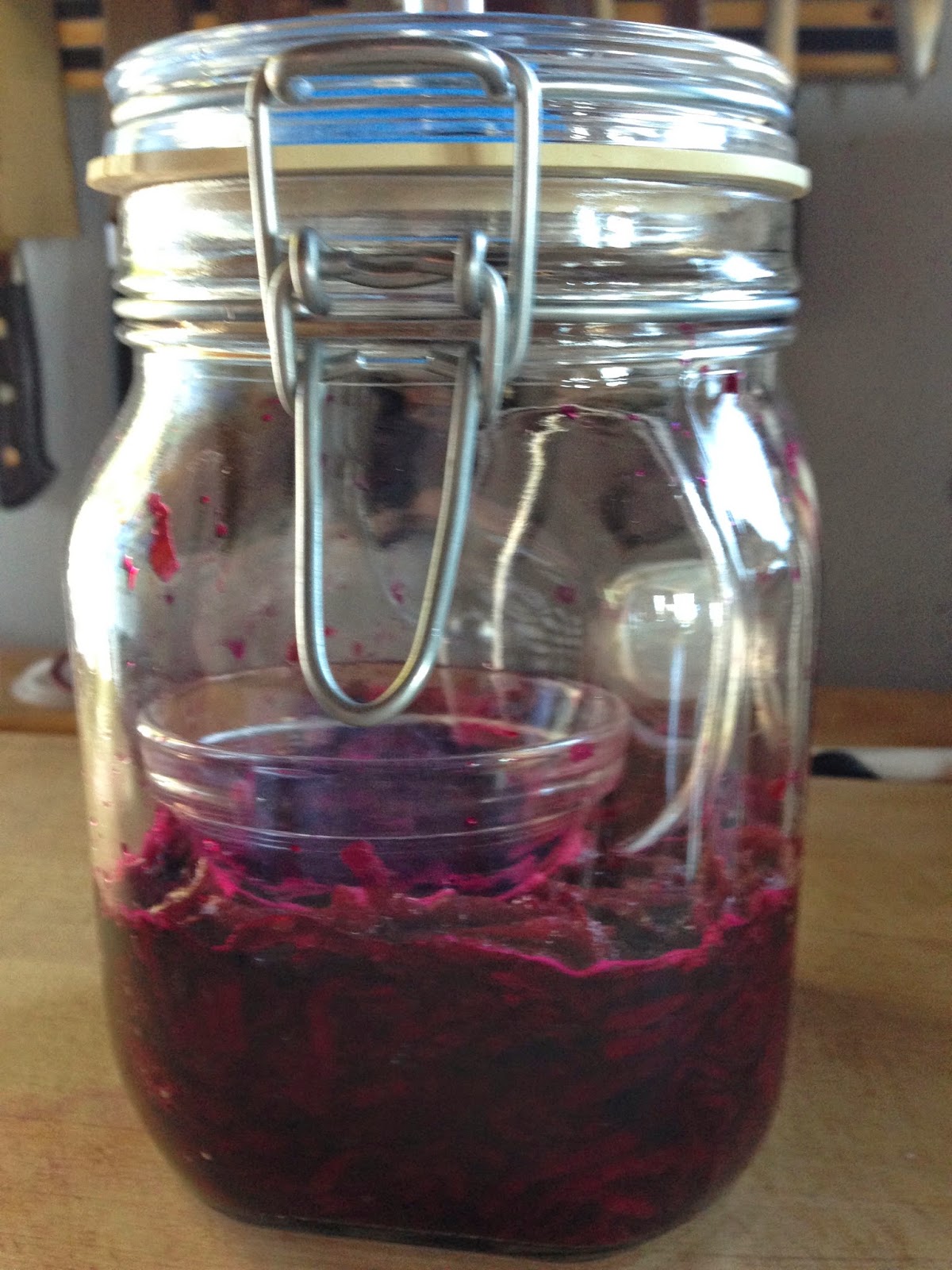 These beets are destined for a barley beet soup. I made that soup years ago and am still thinking about it.

Happy summer, everyone! What have you all been up to?