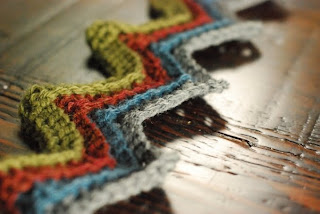 I am very inspired by a friend's ripple afghan. Until I saw her's, I associated the ripple stitch with orange and brown. And tassels. The seed was planted.

When prodded, the boy confessed that he has little to no intention of making himself another sweater. "Too many other hobbies," he said. That left me with 9 balls of green Wool-Ease, which is a little too squeaky for a garment, at least any garment I'd knit for myself. However, crochet and Wool-Ease go together like chocolate and salt*, so I picked up 6 more balls of Wool-Ease in different colors, and I am rippling. Hear me roar!

So far, this is measures about 50 inches across, unblocked. At the end of this, the afghan will live on our blah leather chair from Ikea that needs an infusion of style and color. 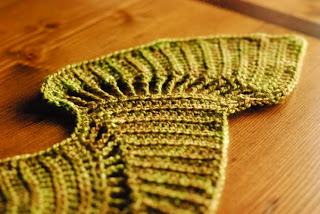 I finished another Boteh a month or two ago, this time out of Madeline Tosh Sock. Ooooo, this yarn is drool worthy - I now understand all the buzz about Madeline Tosh. Once this afghan is complete, I'll treat myself to some Madeline Tosh DK and knit a Tea Leaves Cardigan. But for now, the afghan is an interlude between cardigans since I just finished (and need to photograph) Radiate. I knit a Coachella a couple of months ago, too, but I haven't been motivated to photograph myself.

*For those peeps living in the Berkeley area, here's the skinny on where to buy salted chocolate. Berkeley Bowl West has the Sea Salt Lindt bars for under $3, and Monterey Market has Vosge's Barcelona bar (sea salt and smoked almonds) for $6 and Scharffen Berger Almond and Sea Salt bar for around $3.50. The Lindt is my favorite since the salt crystals are bigger and add a nice crunch.
Plucked from wildtomato at 5/25/2010 2 comments: Links to this post

Email ThisBlogThis!Share to TwitterShare to FacebookShare to Pinterest
Labels: crochet 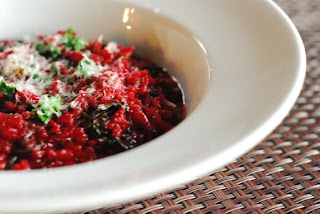 I've been feeling cooped up and experimenty, triggered in part to weather that is a little too chilly and windy for my narrow margin of acceptable outdoor weather. This is the time when I latch on to a topic and bleed it to death (exhibit 1: tawashi). For the past 3 weeks, that topic has been my pressure cooker.

My pressure cooker, or PC, is an old jiggle-top, simply known as JT to those in the PC world. The weight (pressure regulator) sits on top of a post poking out from the lid. It spins and loudly spits out steam when the pot is at its designed pressure. Little did I know that when I bought my JT PC 10 years ago (due to a stint as a vegetarian and swayed by an Indian cookbook), it was already outdated technology. There are wonderfully silent models of PCs, and eventually I will buy one when I can decide what size to get and what country to buy it from. Currently, it's a toss up between a 6-quart (perfect for two people) and an 8-quart (perfect for stocks), and it's a battle between the Swiss and the Germans. The thought did cross my mind that the most elegant solution to this puzzle is to go with one size from one country and another size from the other country. It's not the most elegant solution to my wallet, though.

A couple of months ago, I did dabble with my pressure cooker when I made beef stew, but it was the ease that risotto came together in the PC that made me obsessed. Risotto is not hard, but you do have to be attentive to the bubbling pot of rice and stir, stir, stir. This is fine when I have 40 minutes to mind a pot, but it's not so fine when dinner needs to be done in a flash or I want to spend some time playing with yarn and sticks or climbing up walls.

With my pressure cooker, I can have a pot of risotto done in 20 minutes, start to finish. The actual time that the risotto is cooked under high pressure is only 4-6 minutes, and the results are indistinguishable from my 40 minute risottos. I couldn't say that about the pressure cooked stews (thin gravy that needed a thickening agent like cornstarch or arrowroot to make it palatable).

Artichokes have also been awfully convenient in my PC. I can have them to the table in less than 10 minutes. Not bad! Artichokes and some homemade, lemony mayo have been featured dinner items as well.

The beet risotto I made was wonderful. Beets are one of my favorite things to eat, but they do take at least 45 minutes to roast, my preferred method. What if I want a quick beet fix? The solution is two-fold: pressure cooker and grated beets. Using Deborah Madison's recipe for "Beet Risotto with their Greens" in Vegetarian Cooking for Everyone as an outline, and Lorna Sass's risotto techniques in Cooking Under Pressure, I had a heavenly risotto in no time at all. I upped the amount of greens used in this recipe by adding one bunch of dino kale. 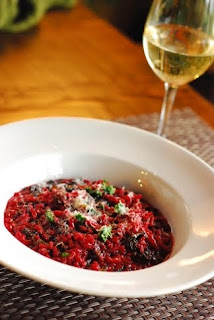 Since peas are also in season and I scored some dry farmed English peas, into the risotto they went! The batch pictured below had English peas, basil, and fresh shitake mushrooms. 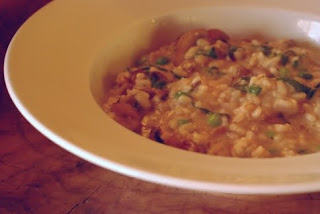 I also made an asparagus and meyer lemon risotto, but that was inhaled too fast for pictures. We ate risotto for 7 days straight. This is not a bad thing, but an odd thing.

Another odd thing is this miniature Mingus. My brother gave it to Mingus for Christmas, and we finally gave it to him. This is how I found Mini Mingus when I returned home. 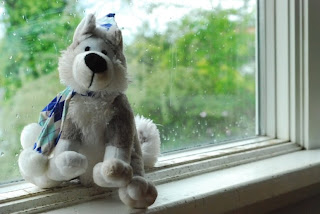 Mini Mingus likes to mimic Giant Mingus. Giant Mingus is not impressed and does not like being mocked. 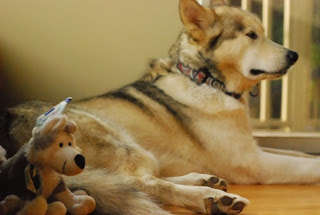 And let's throw in a picture of Vespa, just because I love her bat ears. As you can see, Vespa is also not impressed. 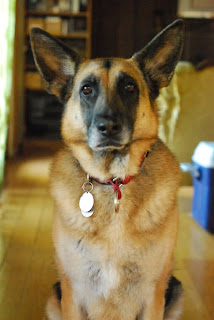 In an attempt to make me feel bad, the boy animals decided that they were going to sleep in a box to protest the dire conditions I keep them in. 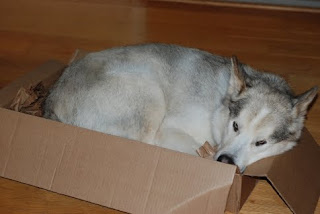 Mingus feels that I am especially cruel for making such a large dog sleep in such a small box. 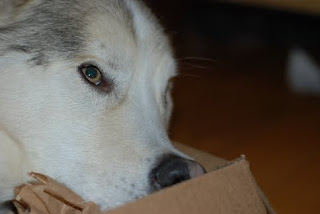 Fifty, on the other hand, doesn't really care for this box business, but she would like me to bathe Mingus. She thinks he stinks. 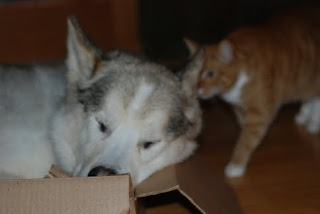 Greaseball, king of the household, decides that Mingus should not get this sleeping space. Greasy frequently takes over spots that Mingus likes, and Mingus is usually too terrified of Greaseball to protest. 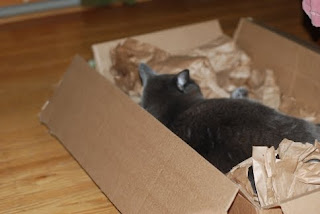 Again, Fifty wants to know why these boy animals are so stupid that they sleep in a box. 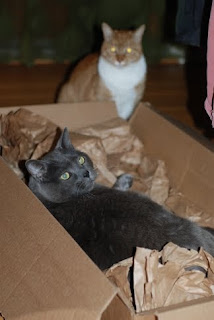 The novelty of a new bed box wore off, and someone decided to go all rock star on it. Since this is the fate of all nice beds I've bought them, I'm going to continue to let them have old towels and clothes as their bed. And boxes. 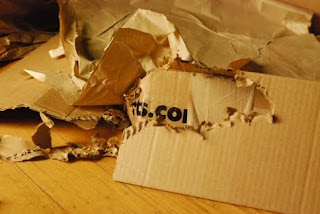