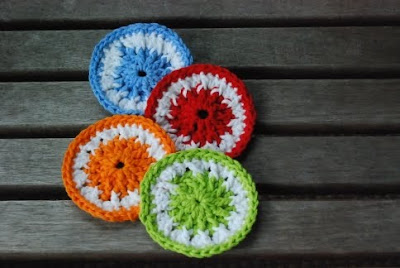 My buddy, kim-chi crafts, is off to Colorado to start a new adventure. I sent her off with some of these Scrubbie Dots (Ravelry download - must have an account). These are addictive to crochet, and the results are so stinking cute that I couldn't stop! 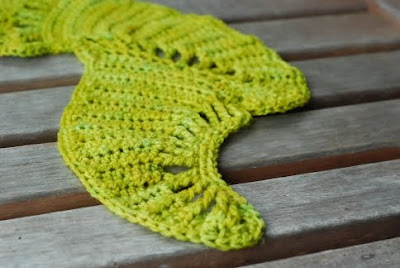 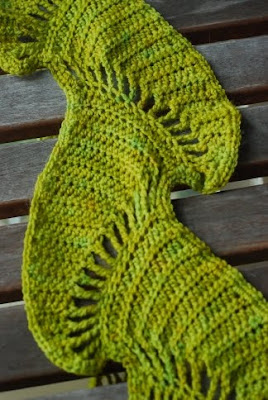 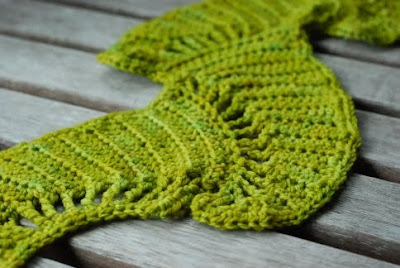 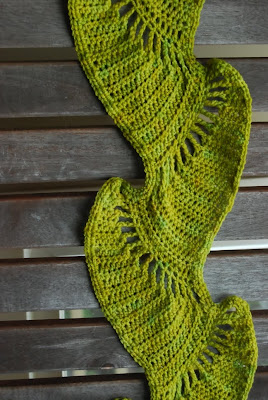 I guess this means I am a crocheter.

I finished my first wearable object, and I managed to wear it proudly coupled with the owl sweater today. After work, I met up with a friend who fondly mentioned how often she wears a store bought scarf I gave her when she was in my wedding. It grated it on me all night that I gave this Very Important Person a store bought scarf, but in my defense, I've only been intoxicated by yarn fumes for the past 3 years and I've been an old married lady longer than that.

At the end of the night, I gave her the scarf. I love this scarf, but I can always make another one. She was kind of shocked, as was I (did I mention how much I love that scarf?), but it felt right.

If you want to make one, too, the pattern is Boteh Scarf by Kathy Merrick. This Boteh was made with Dream in Color Smooshy in the Spring Tickle colorway. I found the yarn a little squeaky to work with, but it was nice and soft against my neck and it seemed like a hard wearing yarn.
Plucked from wildtomato at 2/24/2010 5 comments: Links to this post 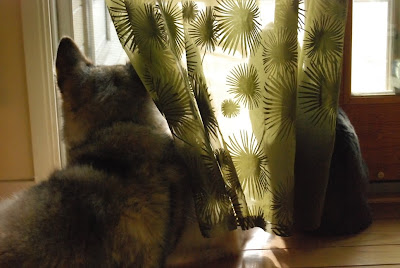 This is an unusual scene. Usually, Greaseball would have the window all to himself. He doesn't share, but perhaps he's allowing Mingus to rest here because he knows that this is the last of the sunshine for the next week. 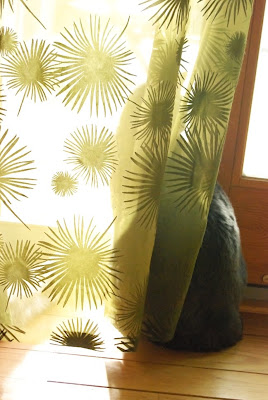 Or, perhaps, Greaseball is stoned off his gourd from his secret stash of catnip. Yeah, that must be it.
Plucked from wildtomato at 2/22/2010 2 comments: Links to this post 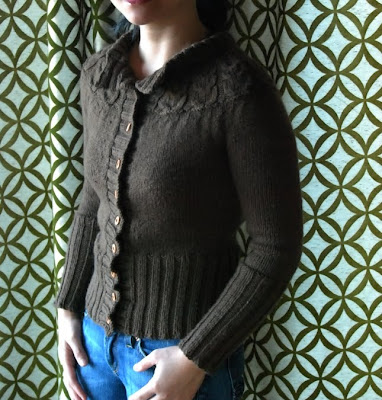 I finally finished my Owl Cardigan, and it is as cozy as I hoped it would be! I used the owl cable pattern from Kate Davies Owls pattern, and the sweater was a modified Tangled Yoke Cardigan. This time, I used RYC Cashsoft Aran. Since this is the second time I knit this pattern, I shortened the arm length and took the arm circumference in by about an inch for a better fit.

These owls are so stinking cute. I opted to not add the button eyes since 1) I dislike sewing buttons (I did mention how this sat around forever just because of those 11 buttons I had to sew for the ribbed band), and 2) it makes the sweater busy. 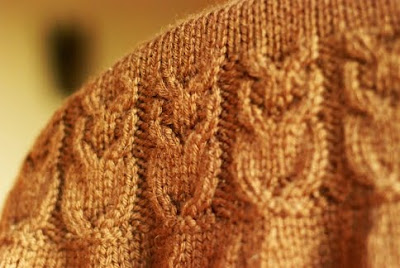 I found these sweet wooden buttons at Discount Fabrics in Berkeley. They were just the right size and only had 2 holes (less sewing). 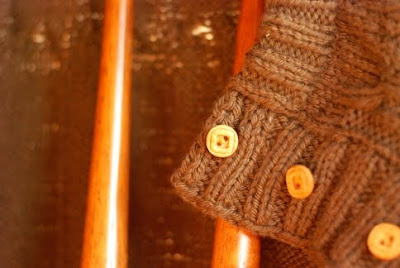 The ribbing along the sides reminded me of tree roots. Very fitting for an owl sweater. 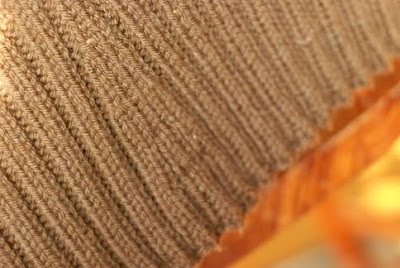 Yoked sweaters seem to fit me the best around my arms and shoulders. The only thing I don't like about yoked sweaters is that I have to make them bottom up instead of top down. I know there are top down yoke sweater patterns out there, so if anyone has one that they've used with success, please let me know.

Now, what sweater should I knit next? I have some gorgeous jade green baby alpaca/wool yarn that is calling to me. I think I'll do a pullover since I want to knit in the round. Perhaps Rusted Root? I really dig the poofy sleeves. Or maybe I can riff off of something in Custom Knits.
Plucked from wildtomato at 2/15/2010 5 comments: Links to this post 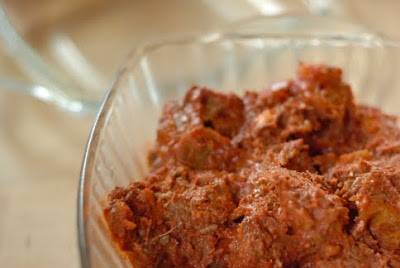 Yesterday's woohooit'sFriday! meal was goulash. (I have a gut feeling that this picture is not entirely appetizing, but I am so tainted from the goulash fumes that I can't look at it without having a Pavlovian moment.)

I had to try this after a friend sent me a email lovingly devoted to the siren song of goulash. Clearly, she was also high on goulash fumes. The recipe (annoying, but you need to log into ATK to get it) was easy enough for me to throw together and was a good excuse to add more sour cream to my diet. Since no browning of the beef chuck is involved, my friend use her slow cooker to make it, which I'll try to do the next time I need an easy meal and don't have time to stick around the house to babysit an active oven.

My only modification was that I only used 1 onion, which I suppose is a huge modification since the recipe calls for 4 of them. My eyes were teary after 1 onion, and my food processor was full of the spice paste, so I gave up.

My chuck came from Marin Sun Farms, and like everything else I've bought from them, it was goooood. Since Berkeley Bowl West carries MSF at a very reasonable price and it is on the way home when I drive via the dreaded freeway, we haven't been to the main store in Pt. Reyes in ages. I miss our kayaking trips, though, so we'll have to go there again soon. (Pssst, there is also local wool sold in cones at the Pt. Reyes store...)

It was strange for me to eat something so read without there being any hot peppers in it. I think I may add a some chillies next time since I like a little heat, especially if I know more heat means I can add more sour cream.
Plucked from wildtomato at 2/13/2010 3 comments: Links to this post 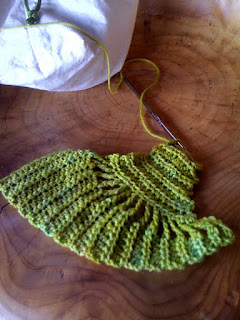