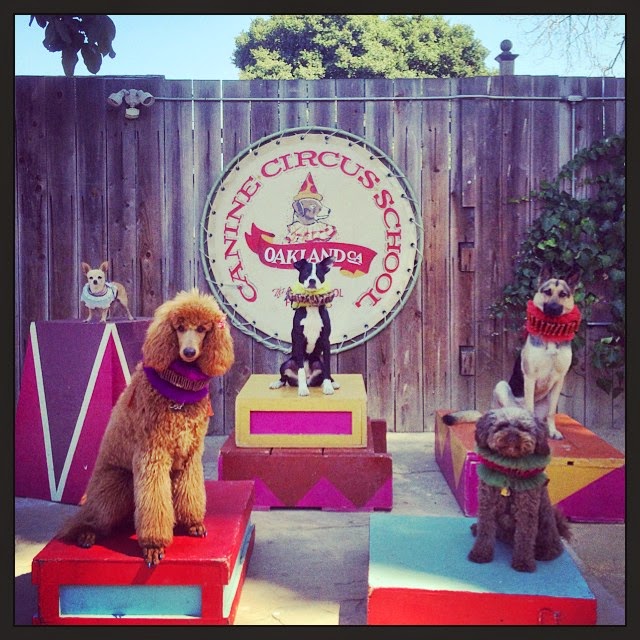 Sesame and I completed Canine Circus School 1, and we're on to the next set of classes! My friends and co-workers have all been plied with cute pictures of my dog in circus school, and I'm sure they are keeping a lot of comments to themselves as they look at picture after picture of my dog doing tricks. Most people think I'm joking about the school until I show them pictures. Post pictures, the non-dog people probably think I'm crazy, but they don't know Sesame. When we don't train, play ball, or walk her, she drives us (Mingus and the cats included) batty with her demands for attention. 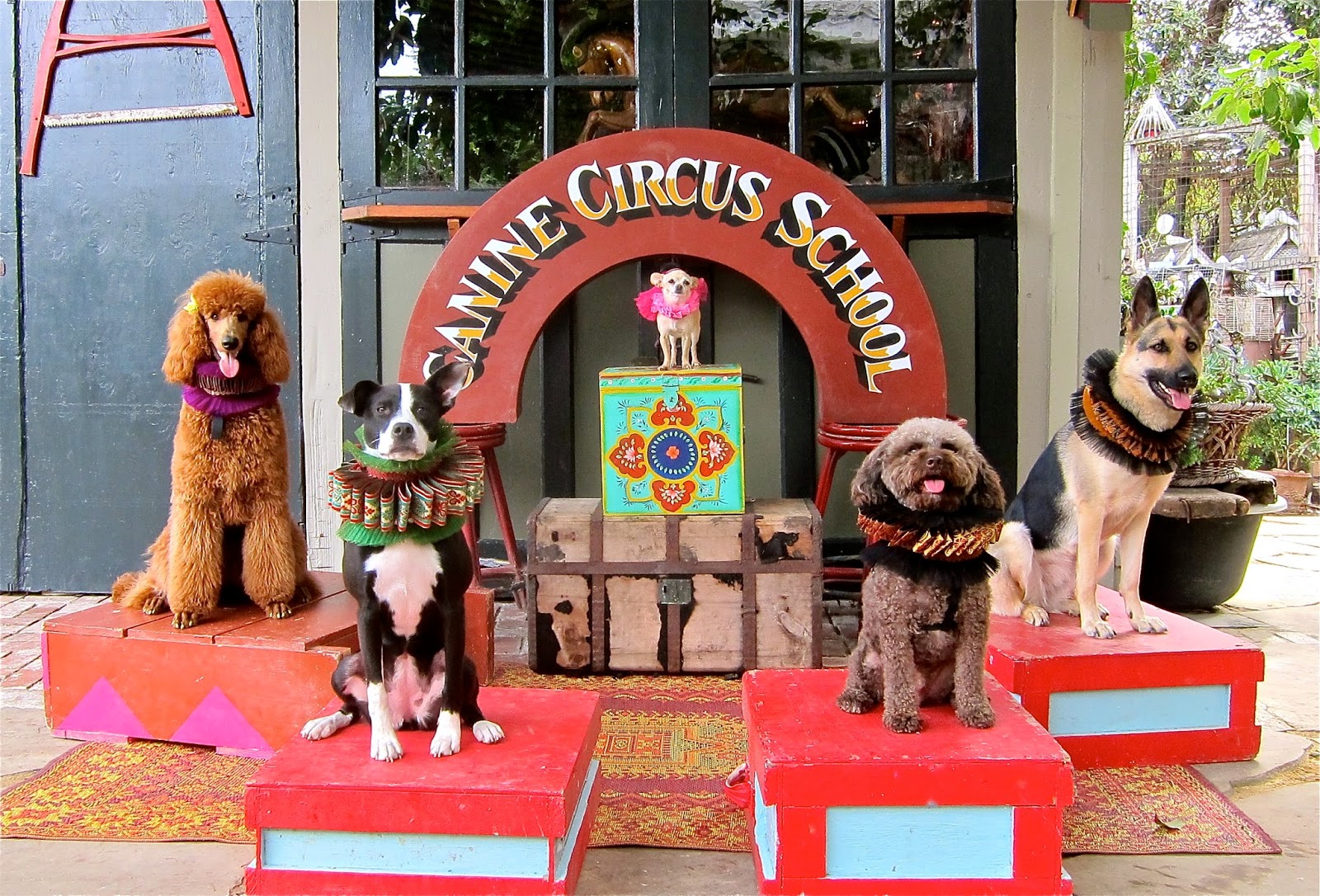 I think Mingus is starting to get jealous, so I've been trying to convince the boy that Mingus needs an education, too. Mingus has been auditing our practice sessions, and he knows a lot of the tricks now himself: circle, sit pretty, and stand.

So, in summary, I am a crazy dog (and cat) person who doesn't think she is crazy, and Mingus is homeschooled.
Plucked from wildtomato at 9/26/2014 1 comment: Links to this post

Rooster sauce? That's the gateway drug, but once you get sick of it, you'll find that there are other sriracha sauces worth seeking out. I made the switch from Huy Fong's sriracha sauce to Grand Mountain last year after trying it at Hawker Fare, so there was no panic in my household when the now averted sriracha crisis of 2014 started to make headlines. Since the only ingredients in Grand Mountain are chiles, sugar, vinegar, garlic, and salt, it couldn't be too hard to make, right?

Chiles are in season now, hence cheap, so I sauntered over to my market and picked up some beautiful chiles still on the stem (2 pounds for $4 - what a deal). Using this recipe as the base, I cut the stems off a pound of chiles but left their green caps on. 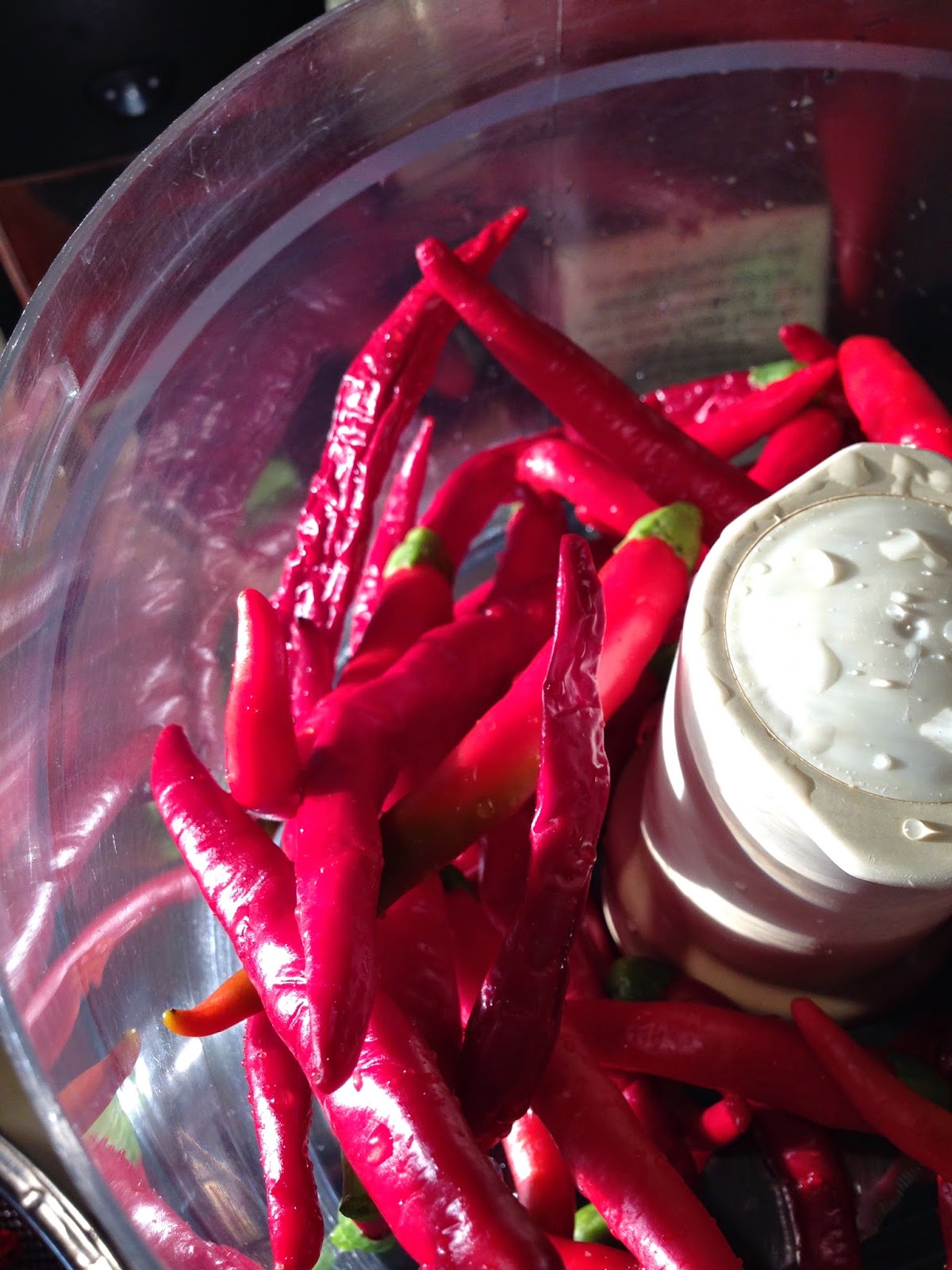 I pulsed the chiles in the food processor until they were roughly chopped, then added 2 tablespoons of palm sugar, another tablespoon of evaporated cane sugar, two small cloves of garlic, and 1 tablespoon of sea salt. I pulsed the mixture until it was wet and the chile skin was about the same size as the seeds. 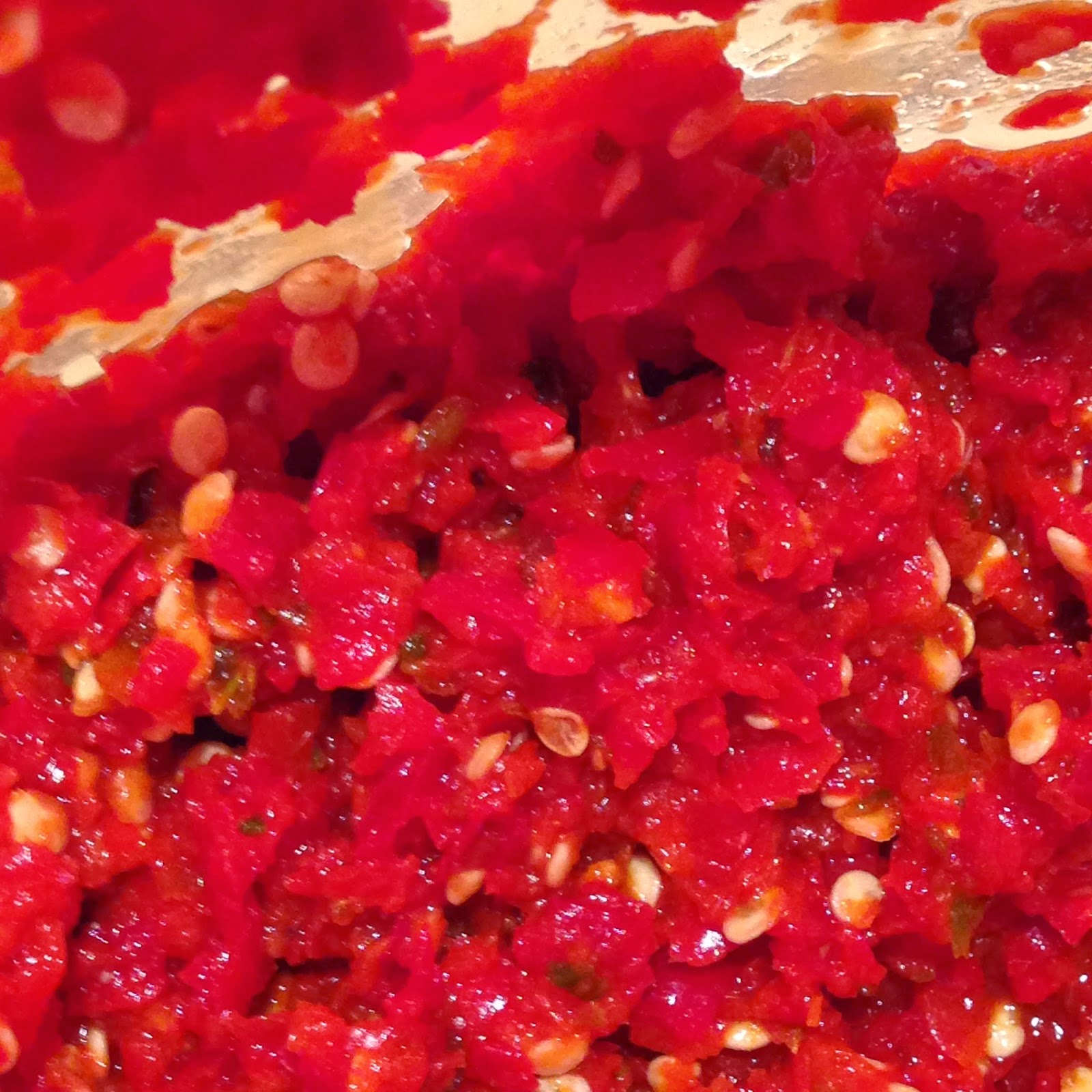 The mixture was put into a canning jar, and I left it out to ferment for 5 days, tasting each day after the 3rd day until I detected a slight sour tang. There was a bit of white fuzzy mold at the top, but it was easy to discard with a spoon. 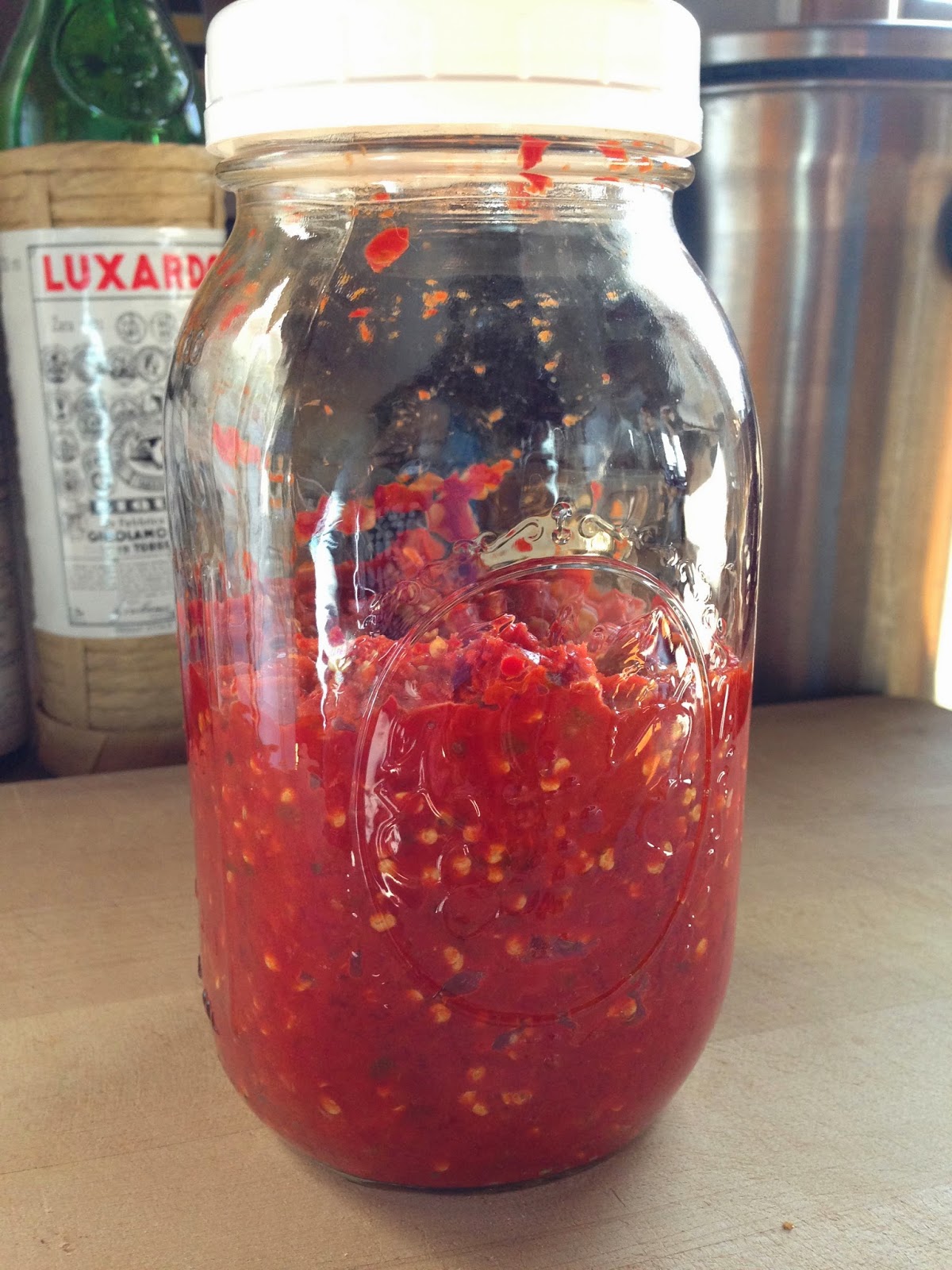 I added 1/4 cup of distilled white vinegar, and then boiled the mixture for 5 minutes. When I tasted it after the mixture cooled down to room temperature, it needed some more vinegar, so I ended up adding an extra 1/4 cup of apple cider vinegar. 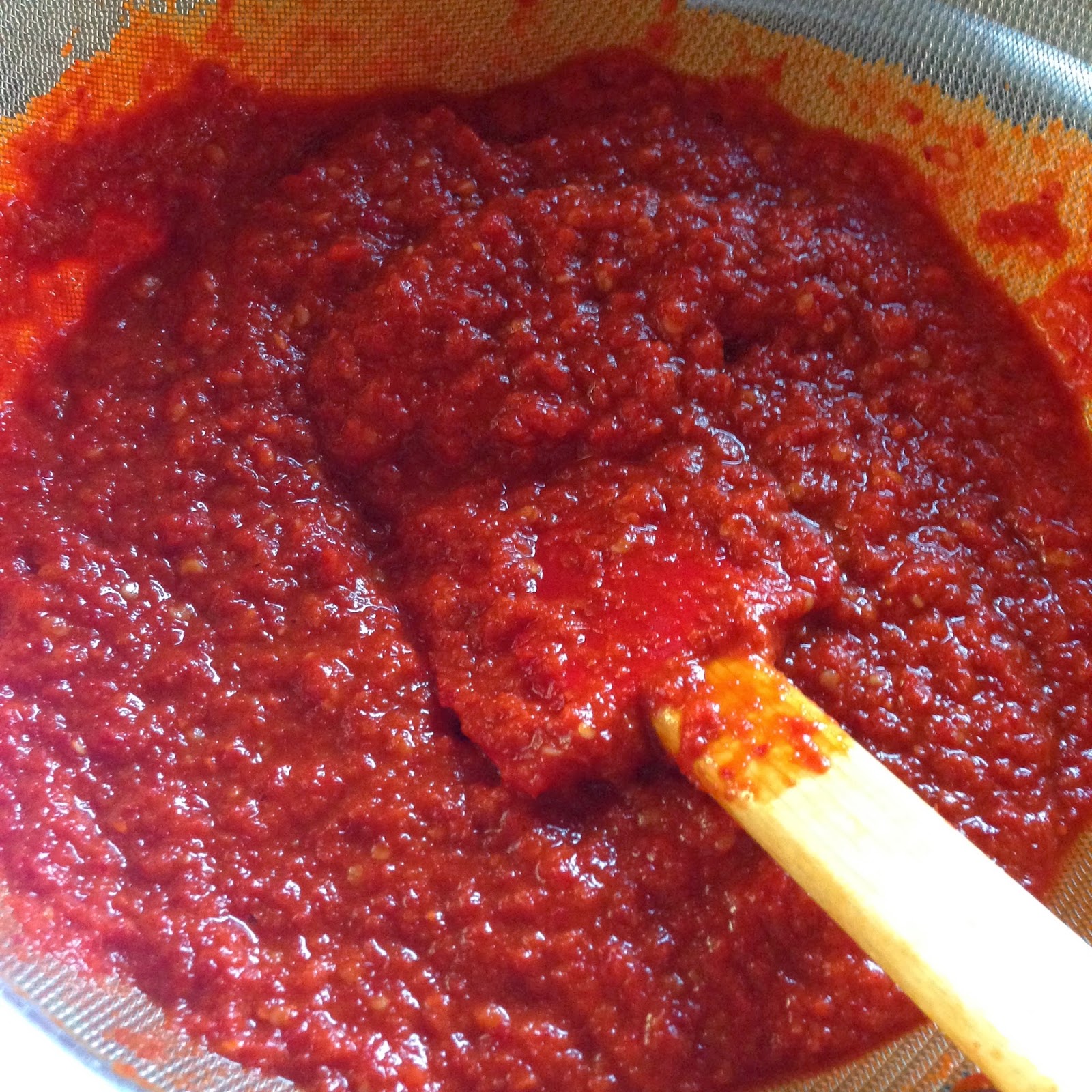 After blending the sauce for a few minutes with a splash of water, enough water to get the mixture moving, I pressed it through a fine-mesh sieve. This step took the longest! 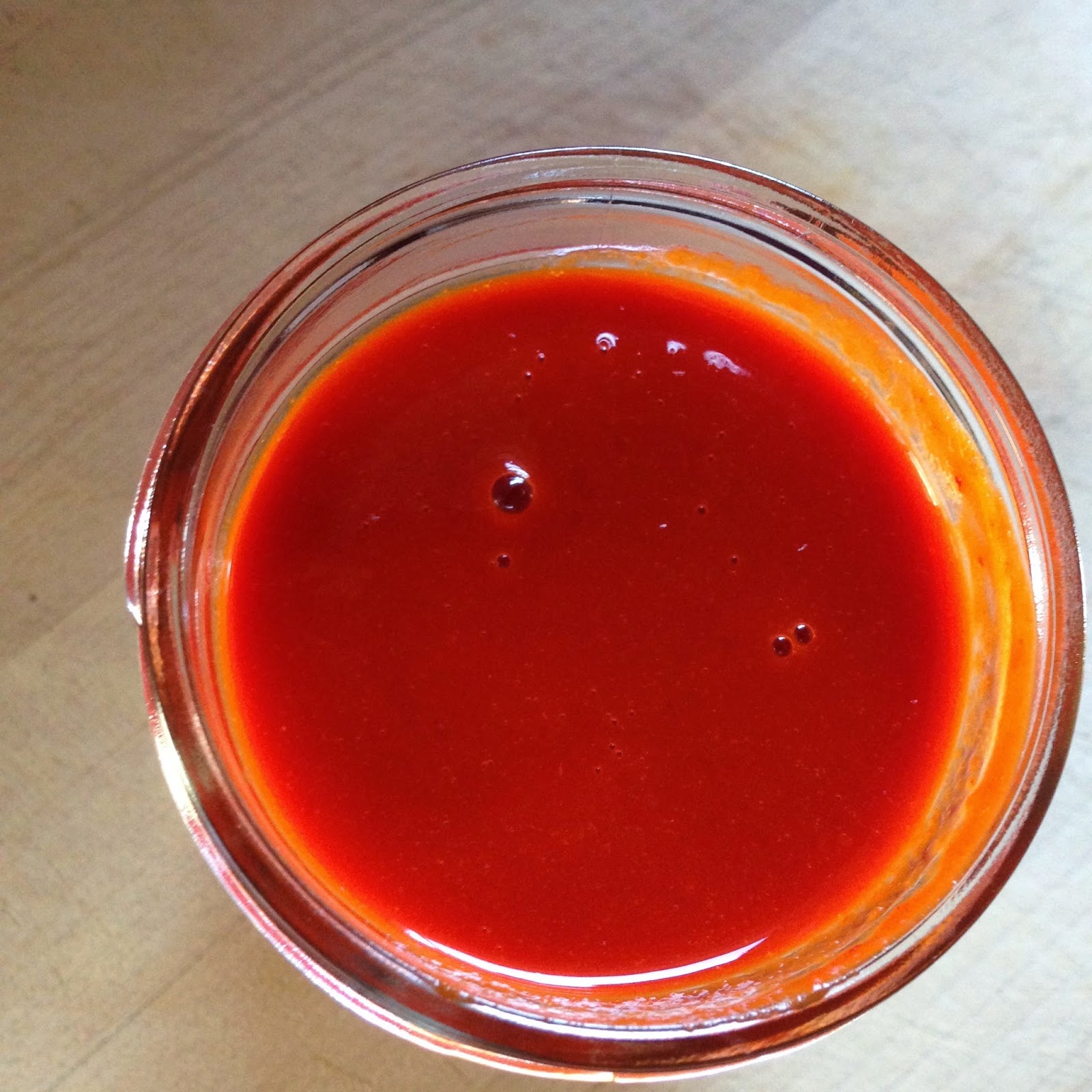 The result is a complex sriracha sauce that is hotter (and dare I say better?) than Grand Mountain Strong. It's terrific, and now I want to try this with different chiles and can it so I can have enough around until next year.

Have you made fermented chile sauces? If so, please leave me a comment because I'd love to compare notes and hear about your experiences. I have some green chiles I bought at the same time and I want to make another fermented hot sauce.
Plucked from wildtomato at 9/11/2014 No comments: Links to this post