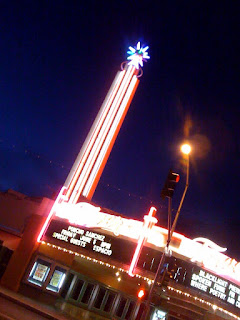 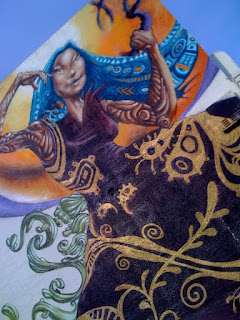 Knitting on the train 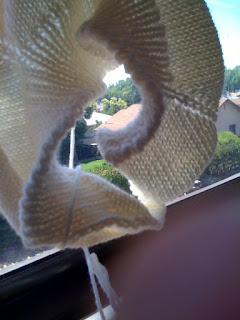 Why didn't I do this before? If it is just me travelling, taking the
train to my hometown is a perfectly civilized way to travel. I can
both knit and blog!
Plucked from wildtomato at 5/30/2009 2 comments:

While in search of the elusive 9" Hiya Hiya circular needle, I made a trip to the Yarn Boutique. Not only did I find my needles (and then some), but I got the friendliest service around! The yarn pushers over there quickly summed me up as a sucker for sock yarn and gadgets, and I was helpless against their influence.

While at the Yarn Boutique, I got to play with some interchangeable needle sets. I've been on the lookout for an interchangeable metal needle set because I hate running to my LYS mid-project because my circular needles are too long/small/full with another WIP. I thought that Knit Picks Options would be The One, but then I heard mumblings about my beloved Addi Turbo coming out with Addi Clicks. However, those needles wouldn't have the pointy tips of the Addi Lace and I had read that they did not come with a 16" cable or extra cables, so I was stalled because purchasing the Addi Clicks is a big investment. Also, I only rarely use needles bigger than a size 8 US, so purchasing the Addi Clicks also meant paying for needles I would probably only use once or twice. But then, Hiya Hiya came to town and stole my heart, and they were just the right price. Lucky for me, Yarn Boutique just got their shipment in that day, so I got a chance to play with them and buy a set before they flew off the shelf!

Can you blame me? Look how pretty this case is! It looks like a clutch I can grab for a night out on the town. 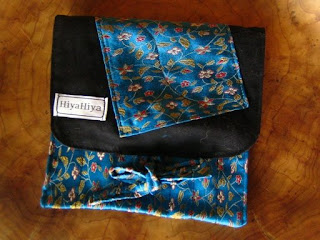 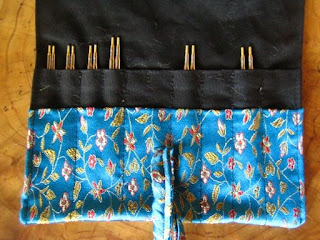 I was already a fan because the Hiya Hiya's stainless steel needles since they are one of the few companies to make 9" circular needles, so the fact that these interchageables came with sizes 2-8 US, had 16", 24", 32", and 40" cables (and are planning on selling replacement cables individually), and getting to play with these awesome needles made them leap into my basket. I just had to take them home. 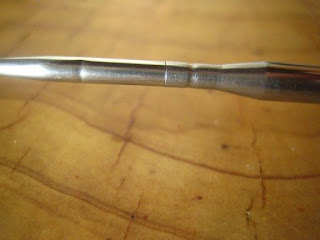 Oh, how I love my little market! When I travel, I make it a point to visit the place where the locals buy their produce, and I firmly believe that I live near the best one.

Last week, I had my first fresh alfonso mango. It was perfumy and it made my teeth ache because it was so sweet. I cut the sweetness with a squeeze of lime juice and was jokingly told that in India, that would be considered a felony. What can I say? I learned to eat my mangos in Mexico, where a squeeze of lime juice goes into everything. Anyway, back to the mango - it was creamy and not at all fiberous like those red and green mangoes. Once the price drops, I'll be buying more of these! I have a feeling that Vik's Distributors will be selling them by the case soon. 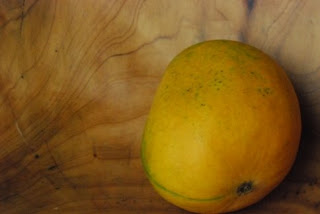 I also grabbed a bouquet of baby artichokes. These were so young that the choke had not yet formed, making their little hearts even more tender. I braised these with a little lemon juice, garlic, thyme, and bay leaves. No mayo or dipping oil was required. 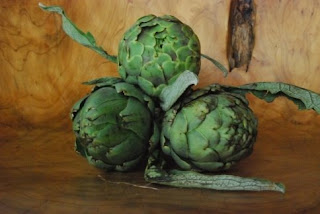 It Takes a Village to Knit a Blanket

Last year on September 11th, a good friend of mine suffered a stroke. She couldn't talk, she couldn't move half of her body, she couldn't eat without a feeding tube... But that was then, and now she is kicking some serious ass by working her ass off in therapy! A group of us wanted to knit her something to show that we are so proud of the progress she has made, and to keep up all the hard work.

We decided to knit blanket squares in blue. The only requirements were that the yarn be mercerized cotton (so it is easy to wash and dry), and the finished squares measure 8x8-inches. The squares were delivered to me, and the boy helped me come up with a suitable layout. I seamed the suckers together and knit an i-cord border on it. 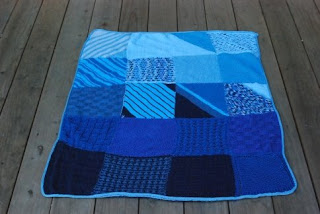 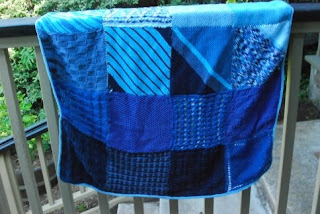 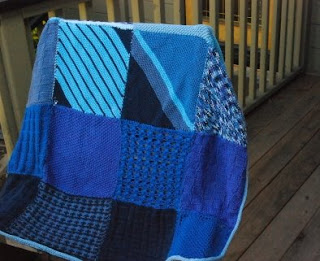 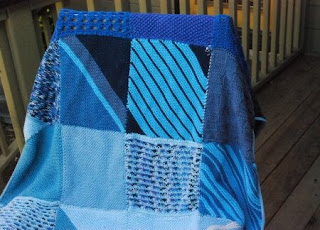 This blanket took up the majority of my knitting time for the past couple of months. It was worth every stitch!
Plucked from wildtomato at 5/18/2009 7 comments: 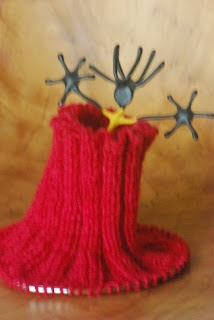 Wheeee! With my snazzy new Irish Cottage Knitting skillz, it is much easier for me to use my 12-inch Addi Turbo needles. Since I'm starting these socks top down, not toe up as per my usual program, I pulled out these needles again to give them a whirl. It's like butter. Not having to switch between needles like in the 2 circ or DPN route makes these go so fast! LOVE!
Plucked from wildtomato at 5/11/2009 3 comments:

Take me away to the Yucatan

The boy and I are freshly back from Mexico, swine flu be damned! Our week long vacation was too short, but that is really my only complaint.

When we arrived in Valladolid, there was a movie or some other sort of show being shot right outside of our hotel room. That giant orb is the light for the set. 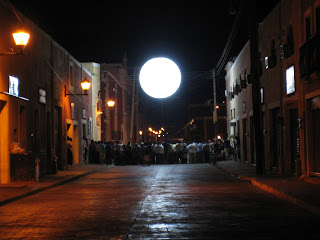 Valladolid had a restaurant that we loved so much we hit it twice: once when we were in town and once when we were passing by it on the way to Isla Holbox. La Hosteria El Meson del Marques served several traditional Yucatecan dishes with panache.

Shark pie! And, yes, that is a habanero on top. I've read that shark pie is more commonly made from dogfish, and I think that this was the case here. 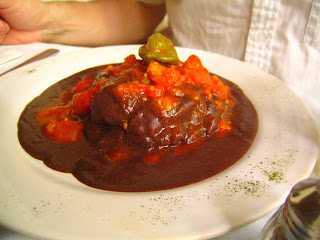 My dish, the gazpacho divorciado - tomato and avocado soups with the same densities made for a dramatic presentation. 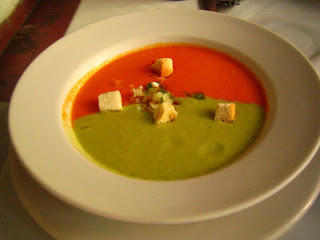 I cannot remember what the boy's dish was called, and an Internet search is not helping me, but he had chicken with a tomato/raisin/caper relish (the sweet and salty flavor combo was going on) on the inside and a masa thickened pepita sauce on the outside. It was the clear winner! 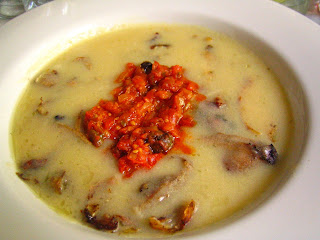 When on vacation from my normal foods, I like to sample the regional junk food. It's funny how I'll turn my nose up at such food in my day to day life, but once vacation hits, bring it! This was a barley soda. It tasted like a vanilla cream soda to me, and it was so sweet I could only drink half of it before handing it over to the boy. 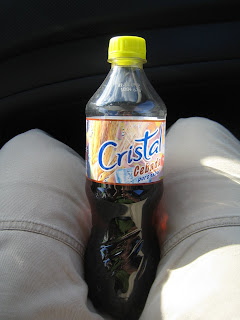 Other junk food I sampled were grape flavored gummy penguins, gummy ears, feet and thumbs that had a liquid filling (these were fairly gross because the red thumbs were filled with what tasted like cherry cough syrup), and my favorite: Kranky! My intention was to keep this bag of Krankies and hand them out to people when they were showing some krankitude, but I ended up eating them when I felt my blood sugar dip, making me a bit cranky. The snack itself wasn't really drool worthy. It was simply cornflakes covered in cheap chocolate. (The background for the Kranky photo is my second Mexico Cami.) 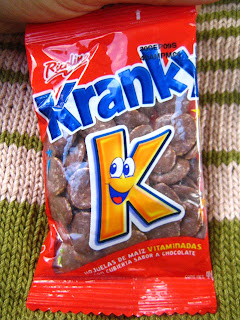 Our next stop was Mérida, a city I have been wanting to visit for ages since I've heard it described by many a the food capital of Mexico, and this is by people who have visited Oaxaca. How can I resist that?

We stayed at the charming Hotel Medio Mundo. You're going to see the word "charming" overused because it neatly sums up this town. The hotel's bright blue exterior is just a teaser to the beautiful courtyard and charming rooms. 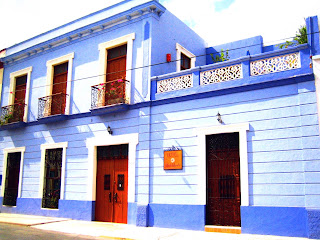 And speaking of colonial architecture, here are some more examples of the charming buildings we saw in Mérida. The Mexican colors combined with the colonial buildings made these so unique. 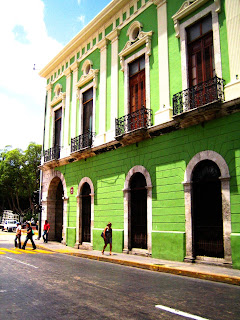 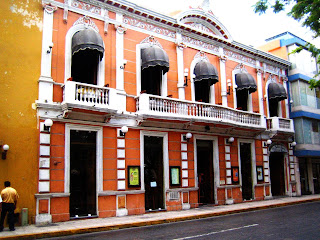 These little street signs pepper the city. They are replicas of signs the Spaniards made for the Mayans to teach the Mayans Spanish. I didn't see any of the really cool signs, like the one with the decapitated man (a man was decapitated by a window pane on that street, so hence the name). Oh, well. That means that I'll have to go there again. 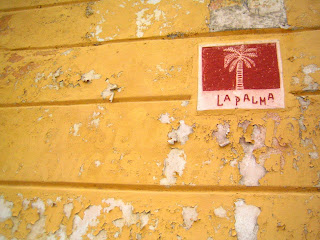 The market was just as colorful as the buildings. 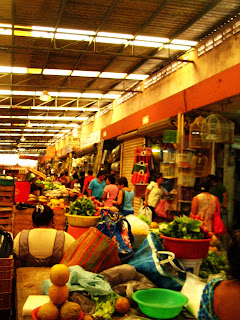 For a few pesos, I got to watch this craftsman weave on his loom. He was fast! Seeing the colossal size of this loom crushed any hopes I had of making a rug for our living room. It's OK, though. I have plenty of other things I can do. 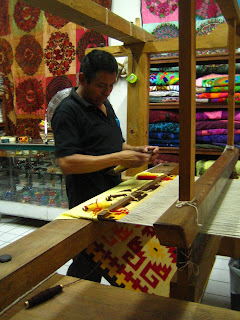 Here's a cute couple I spied ahead of me. They were walking slowly, but I didn't feel like ruining their mood by rushing past. I took a cue from them and enjoyed the stroll. 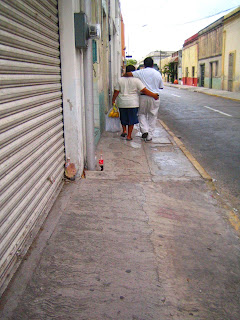 Mérida even had a recycling program in place and free WiFi in their central square. How cool is that? 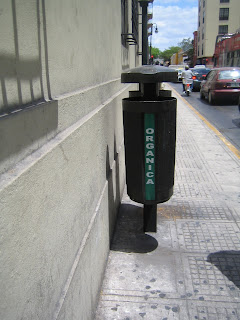 Next was Isla Holbox. I'm running out of steam (vacation is hard!), so I'll let the images speak for themselves. 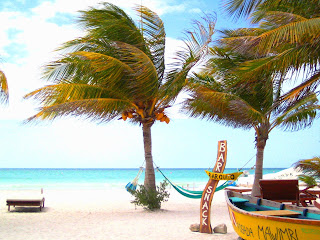 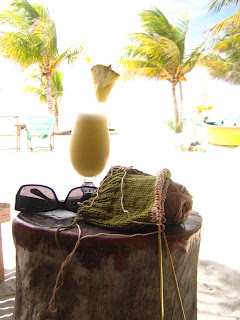 Until we meet again, Mexico... 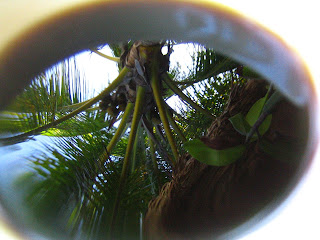