Plucked from wildtomato at 8/29/2013 No comments: Links to this post 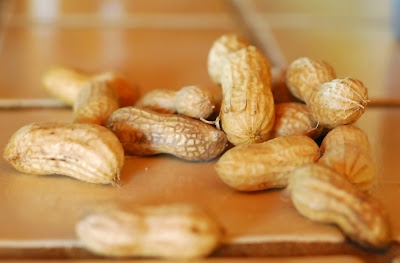 Over 10 years ago, the boy and I took a trip to Chengdu and we biked over 300 miles around central China. What do I remember the most about that trip? I remember the peanut milk that came chilled and in glass bottles. After biking, I'd be counting down the miles until I could down a bottle of peanut milk and eat sunflower seeds. 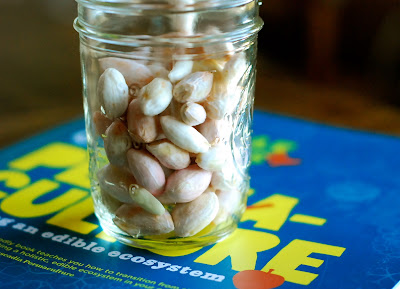 Last Tuesday I finally made it over to the El Cerrito Farmers' Market, this time in search of some Asian vegetable stands because my CSA is a little more mainstream, and I was jonesing for some greens and ginger. The stand with the best looking ginger also had fresh, like just plucked from the ground fresh, peanuts. I bought a pound and tried to find a Chinese-style peanut milk recipe.

Since I made the unfortunately mistake of popping one of the raw peanuts in my mouth, I knew that I'd have to make the milk similar to soy milk because those peanuts needed heat to dissipate the raw, tannic legume flavor. However, I have a Vitamix, and the blender contents get piping hot after a few minutes on the highest speed.  After a few tweaks, I got what I wanted: a Chinese-style peanut milk that requires no straining, no stovetop cooking, and I can make it using one appliance. Now I have some of the milk chilling in the refrigerator, so I can reward myself after a jog or, more realistically, a vigorous walk with Mingus. 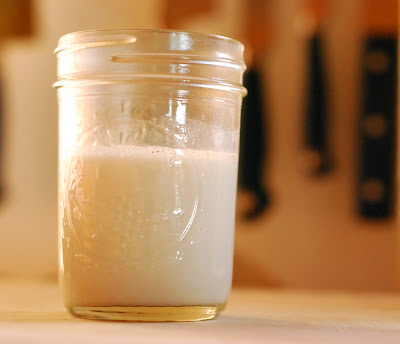 If you are using raw peanuts that are not fresh, remove the peanut skins. I've only made this in a Vitamix, and its ability to heat is key to the peanut milk.

Plucked from wildtomato at 8/21/2013 No comments: Links to this post

Worms Eat My Garbage, But Now What? 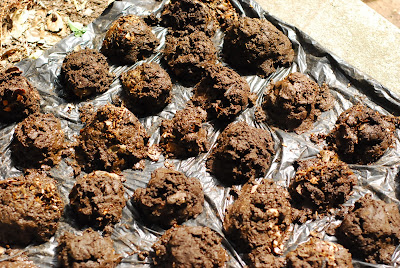 Keeping up two worm bins was a great idea in theory due to the amount of kitchen scraps we produce weekly, but the homemade worm bin was always a bit too wet due to the too many holes on top of the lid and because it was plastic. Since I didn't have a good way to drain water from the bin, I'd often use a turkey baster to suck up all the worm tea. Gross.

So, now we are back to one worm bin with stackable layers. Before I could consolidate the bins, I had to empty out one of them and separate the worms from the casings. Oh, if only this was as easy as separating the wheat from the chaff! Using Mary Appelhof's book as a guide, I made several sticky, smelly worm piles and waited. The worms are light sensitive, so the theory is that they will retreat into the piles and I can take some casings off the top and sides. The newly exposed worms will retreat some more, and I take more casings off the top and sides. Repeat again 15 minutes later. Eventually, I should be left with pure worms. Well, the obstinate worms never retreated far enough for me to shave more than a centimeter of casings from the piles, and after a couple of hours, I gave up and tossed most of the contents into the communal worm bin. It felt like a waste of a rare, sunny afternoon.

Now, I'm reading Christopher Shein's permaculture book that mentions rinsing the worms from the casings and collecting the worm tea as an easy casing collection method. This sounds like a better idea, but I guess I have to use screen door mesh? It sounds like an unpleasant experience for the worms, but afterwards I'll reward them with new bedding and more food.

Does anyone out there have a preferred method for separating the worms from their casings?
Plucked from wildtomato at 8/14/2013 2 comments: Links to this post