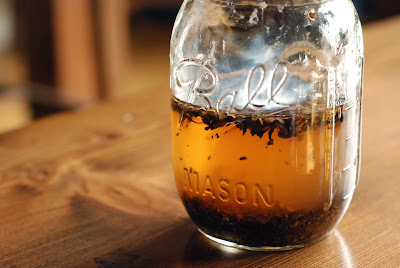 Last Friday, I had a cocktail at Five that has had me thinking about it since the first sip. It's the Lion's Tail. The Lion's Tail combines the bourbon, lime (so odd to have lime with brown spirits),  bitters, allspice dram, and simple syrup - it sounds like those ingredients are from a random cocktail generator, but they worked! They really worked! 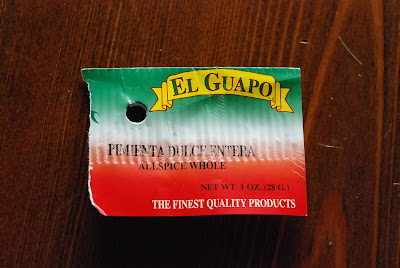 Allspice dram is an ingredient that I can't see myself using very often, which is why the $30 price tag for 375 mL was off-putting.  Could I make it? Several people have, and they say that in a mixed drink, the homemade version holds its own. 1 ounce of whole allspice berries were $.094 in the Mexican spice section of the grocery store. One cinnamon stick is roughly $0.25. We had some crap light rum purchased ages ago from Trader Joe's, too, so the price tag on the homemade version was convincing me to DIY. 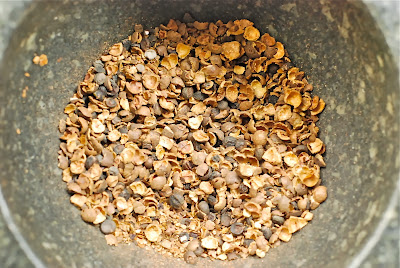 I lightly crushed the allspice berries, the whole 1-ounce package, and tossed it into a mason jar filled with rum and a wee bit of vodka (I didn't have a full cup of rum). The next step is to break a cinnamon stick into the mix after a few days, and then to strain the mixture and combine it with a brown sugar simple syrup.  I also want to put some nutmeg and cloves into the mix. This will be something totally undrinkable on its own (liquid Christmas is what it reminds me of), but hopefully it will make one hell of a Lion's Tail.

Don't feel like making this? Then get yourself down to Five and try one for yourself. They have a "cocktails from famous hotels" (link opens a .pdf to some fascinating reading) series going on, and I would have tried them all if I wasn't such a responsible adult in charge of getting us all home.
Plucked from wildtomato at 11/03/2013