Some fur and some knitting

I have the same old projects on the needles, but at least the Gentlemen's Fancy sock looks, well, fancier! Doesn't this sock match a certain dog well? I've renamed this Tofutsie colorway Mingus. 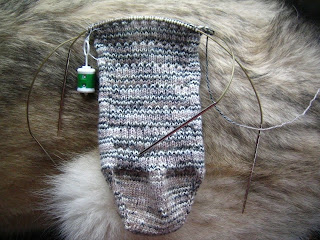 This sock is flying off the needles and I'm almost to the heel turn, so I'll have yet another chance to experiment with a toe up heel flap! I haven't been overjoyed with any of my heel flaps yet, so I'll be on this sock mission until I can figure out the perfect method. So, uh, yeah... This is why I have so much sock yarn.

If you take a closer look at the dog behind the sock, you can tell that he just had a bath. He ends up with the most ridiculous cowlicks since he likes to sleep smooshed up against various surfaces.

Since bouts of rain have been keeping me indoors, I've been restless. I taught Greaseball how to spin. 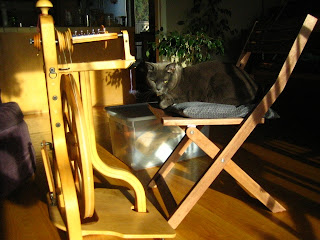 I forced the dogs to go outside (while I stayed nice and toasty inside). 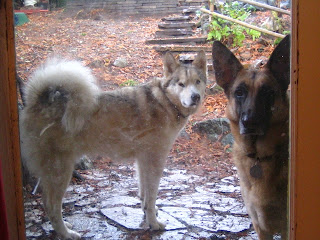 I've spied on the animals. Greaseball and Mingus are seen here fighting for the boy's attention. FYI, the boy is the lump underneath Greaseball. 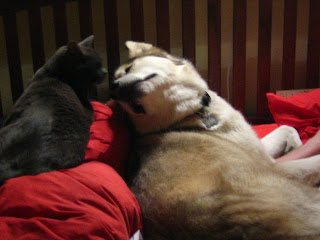 And, of course, I've been playing with my stash, trying to figure out what I can make. This yarn combination will make some baby a nice stocking cap. 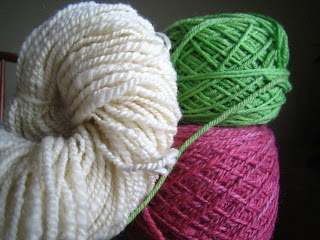